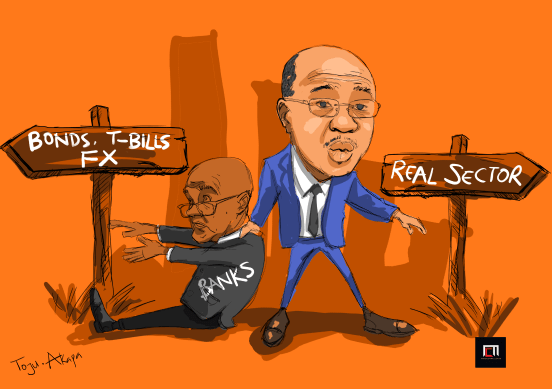 The most capitalised and liquid lenders in Africa’s largest economy are efficient in turning shareholders’ profit even amid a free fall in banking stocks.

Data gathered by MoneyCentral shows the average industry return on average equity for these banks stood at 14 percent in the first six months of the year, which is higher than 2021’s 12.50 percent.

Banks are benefiting from higher interest rates that added impetus to interest income on loans as the central bank adopts an aggressive monetary policy to tame rising inflation.

When interest rates are higher, banks make more money, by taking advantage of the difference between the interest banks pay to customers and the interest the bank can earn by investing.

First Bank Holdings Plc ROAE increased to 13.70 percent in the period under review from 6.60 percent the previous year. Net income surged by 123.46 percent to N91.28 billion as at September 2022.

Unity Bank’s returns are negative because of an adverse shareholders’ fund that hinders the lender from paying dividend to its owners.

However, the growth in profitability is not in accord with valuations as investors have continued to dump banking stocks as they remain wary of an unstable macroeconomic environment.

After gaining 8.70 percent in February alone, the NGX Banking index later shed 16.60 between February and October.

“Beyond worries about rising interest rates in developed markets, uncertainties around upcoming general elections, expanding local fixed income yield, and concerns around FX stability is the root cause of the underwhelming banking sector index in our view,” said analysts at Chapel Hill Denham.

Analysts at the research firm wager that  Access, GTCO, UBA, and Zenith have impressive dividend yield potentials for investors.

Banks are susceptible to regulatory headwinds. The county cash reserve ratio of 32.50 percent is one of the highest in the world.

This means Nigerian banks are having to work significantly harder than banks elsewhere in the world to deliver profitability, and get held to even higher expected return hurdles,” said Adesoji Solanke, an analyst at Renaissance Capital.

Fitch rating, which has a negative outlook for the Nigerian banking sector partly because of the CRR policy, notes, “It dampens banks profitability and is credit-negative for the sector as it restricts lenders’ ability to lend” thereby stifling access to credit for businesses.