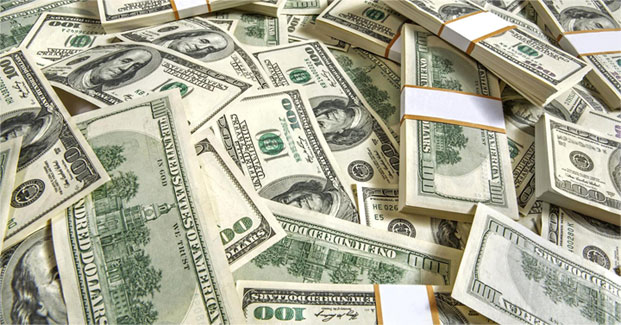 The weaponisation of dollar-based global finance might pose long-term strategic and economic threats to the dominant position the US currency at present enjoys, according to an op-ed for The Hill by Vivekanand Jayakumar, an associate professor of economics at the University of Tampa in Florida.

He noted that the dollar-based global finance system, which has already been facing challenges from America’s spending policies and trade deficits, is now facing a threat of a China-Russia economic and strategic partnership. Jayakumar explained that China has long sought to replace the dollar as the reserve currency and now, seeing how the western nations can voluntarily cut a nation’s banks off SWIFT and slap them with sanctions, Beijing has all the more reason to promote renminbi and digital yuan abroad.

“Recent moves by the West to weaponise dollar-based international finance may yet provide the necessary spur for China to speed up measures to reduce its reliance on the US dollar and create an alternate global financial payments system”, Jayakumar wrote.

The professor noted that Beijing might grow cautious of the existing financial system and try to minimise its exposure to it, in case the situation around Taiwan – its breakaway province – escalates.

Jayakumar said that Beijing’s push for spreading digital yuan and to create alternative payment systems are part of China’s plan to deal with these potential issues. China’s Belt-and-Road Initiative will, in turn, broaden the acceptance of the Chinese currency, the professor said. He sees Chinese President Xi Jinping’s “inward-looking policies” and unwillingness to open its markets fully as the only barrier on this path (and the only hope for the US to maintain the dollar’s dominance).

“Any genuine moves to increase the global acceptance of the renminbi/digital yuan will require China to fully open its capital markets to foreigners. But such a step may not be in accordance with Xi’s dual-circulation economic strategy,” Jayakumar wrote.

The economist stressed that the dollar’s position is already undermined by the expansion of the Fed’s balance sheet, growing public debt and a “sizeable trade deficit” with China, which has grown over the past few years.

The US, EU, UK, Canada and several allies have slapped Russia with several rounds of sanctions trying to cut it off from global financial markets over what they see as an “invasion of Ukraine”. China refused to support the sanctions.

Russia launched a special operation in Ukraine on 24 February with its military told to demilitarise and de-Nazify the country. President Vladimir Putin said that Russia was left with no choice but to act after Ukraine failed to implement the Minsk agreements and threatened to rescind its non-nuclear status.

The two sides met in Belarus on 3 March for the second round of talks to try to reach agreements on a ceasefire and end the operation. Moscow says that Russia requires security guarantees and that its demands for Ukraine are simple.