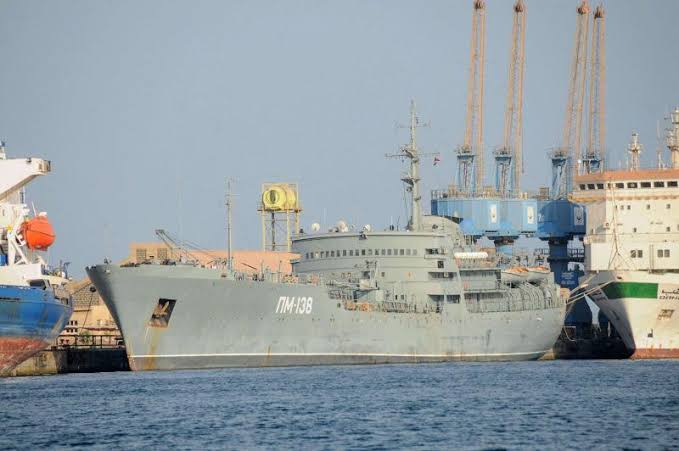 Defense leaders in Khartoum have reaffirmed their willingness to host a Russian naval base in Port Sudan, a strategic port in the Red Sea.

A deal agreed to in 2019 was put on hold after Sudan’s longtime military ruler, Omar al-Bashir, was overthrown in a popular revolution months later.

“We have 730 kilometers along the Red Sea. If any country wants to open a base and it is in our interests and doesn’t threaten our national security we have no problem in dealing with anyone, Russian or otherwise,” Gen. Mohamed Hamdan Dagalo, commonly known as Hemedti, told reporters in Khartoum on Wednesday.

Hemedti is the deputy head of Sudan’s ruling council and commands the powerful paramilitary Rapid Support Forces. His Tuesday comments followed his return from a trip to Moscow to discuss the issue with Russian Deputy Prime Minister Alexander Novak and Russian Security Council Secretary Nikolay Patrushev.

A deal was reportedly agreed to in November 2020, but it has continued to be revised, including on central issues such as the location of the base.

In September 2021, Sudanese Deputy Foreign Minister Mohammed Sharif said one of the biggest obstacles to finalizing the deal is that Sudan presently doesn’t have sufficient legislative institutions with the authority to do so.

The Sovereign Council has since been dissolved by Abdel Fattah al-Burhan, the head of the military junta that seized power in Sudan in October 2021.

Port Sudan is Sudan’s largest coastal city, sitting about halfway from the mouth of the Red Sea to the Suez Canal, which connects to the Mediterranean Sea. It’s also a short distance from Jeddah, a major Saudi port. Aside from several facilities in former Soviet republics, Russia’s only overseas naval base is in Tartus, Syria, a 1,200-mile transit from Port Sudan.

The waterway is one of the world’s great trade arteries, handling more than $1.8 trillion in trade traffic annually – a value that is expected to triple by 2050, according to the Fletcher School at Tufts University. Other nations also maintain military facilities in the Red Sea, including China and the United States, both of which have bases in Djibouti.

“Anywhere [Russian President Vladimir Putin ] expands his sphere of influence is bad for us,” said retired US Air Force Maj. Gen. Mark Hicks, who commanded US special-operations units in Africa, to the Wall Street Journal on Wednesday about a proposed Russian base in Sudan.

Countries such as Mali and the Central African Republic have discussed or agreed to military cooperation of various sorts with Moscow, including military training, after years of relying on French and European Union specialists yielded few positive results.

The US has postured against the expansion of Russia’s relationships with African nations, claiming that Moscow has sent private military contractors to perform security work, but the Russian government has denied accusations of a connection to mercenary groups and said that as long as they follow Russian laws, the activities of private companies are none of their business.

“There are no current or past historical examples for a successful outcome from Russian paramilitary presence – no peace, no enduring stability,” Maj. Gen. William Zana, commander of the US military force in Djibouti, told the WSJ, without a hint of irony.

“Instead you see violence, populations abused and exploited for their resources, and Russian oligarchs lining their pockets.”

A more recent complication for negotiations is the imposition of economic sanctions on Russia by Western powers in response to the launching of a special military operation in Ukraine last week. The incursion is aimed at removing the potential for NATO to use the country as a base from which to attack Russia, or from which reported neo-Nazi groups can continue to wage war against Russian-speaking minorities in the Donbass region.