Euro Nears Parity With Dollar for First Time in 20 Years 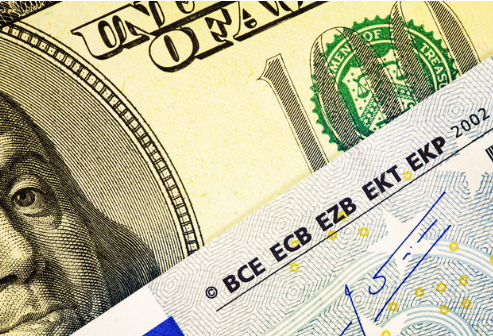 On international exchanges, the euro edged closer to parity with the dollar. In choppy forex trading, the European currency slid to just 1.0001 to the dollar, its lowest level in 20 years.

The euro has fallen 12% against the greenback so far this year, as the surge in energy prices in light of the conflict in Ukraine and sanctions against Russia, the continent’s main energy supplier, has hurt European economies.

“For the first time in 20 years, parity has formed between the euro and the dollar as the US currency continues to rise in anticipation of the tight monetary policy of the Federal Reserve,” Yegor Zhilnikov, chief analyst at the Economic and Industry Analysis Department of Promsvyazbank, told RBC daily.

“We believe that until the ECB meeting {on July 21}, the dynamics may continue, and the dollar will become more expensive than the European currency,” he explained.

The growing anxiety over Russian gas supply has added to the pressure on the single currency. On Monday, Gazprom turned off the Nord Stream 1 pipeline that carries gas to the continent for annual summer maintenance.

The repairs, which will last until July 21, had been previously scheduled and agreed with all partners, according to the operator.

“Fears are rising that Russia may not switch the gas supply back on in 10 days when the works are over,” Fiona Cincotta, senior financial markets analyst at City Index, told The Guardian. “This could cause a recession in Europe,” she warned.