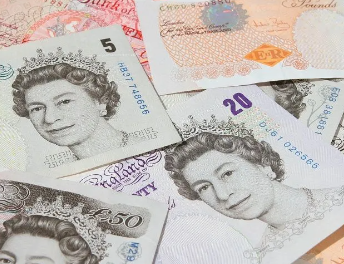 Hedge funds in the City of London made huge profits by betting against the U.K. pound ahead of the country’s mini fiscal budget last week, according to a report by The Sunday Times.

The newspaper cited a source who was at a dinner with hedge fund managers last week, who said they were all allegedly shorting the pound.

One of the hedge funds mentioned was Crispin Odey’s London-based Odey Asset Management, whose main fund is reportedly up by 145% this year from shorting U.K. government bonds, according to Reuters sources. A source from Odey declined to comment to MarketWatch.

Bloomberg reported on Monday that macro hedge fund EDL Capital’s manager Edouard de Langlade made profits from betting against sterling and U.K. stocks on the expectation that interest rates will be hiked up once more.

“Shorting the sterling is the most popular trade right now, and there is a strong possibility that if and when the Bank of England increases the rate, we may see an immensely strong rally for the sterling,” Avatrade chief market analyst Naeem Aslam told clients in a note. He, like many analysts, expects further rate rises from the U.K. central bank.

Concerns have emerged, however, that leaks of the mini-budget allowed funds to short the pound.

A member of the government’s opposition party, Labour Treasury Secretary Tulip Siddiq, has called for the Financial Conduct Authority to carry out a probe into whether information of fiscal policy was leaked before Thursday’s announcement, according to the Evening Standard.

“The Financial Conduct Authority should investigate any potential wrongdoing, to determine whether it is possible that any leaks or information provided by this Conservative Government to their wealthy friends contributed to the collapse of the pound,” Siddiq told The Standard.