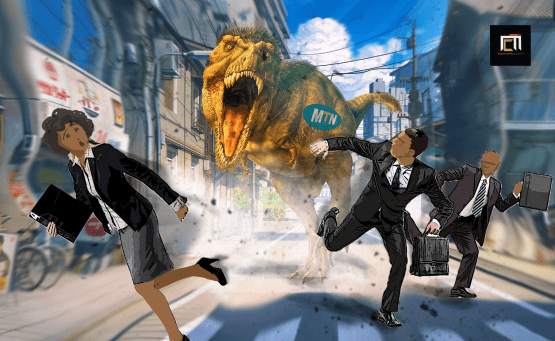 …as investments and bet on Nigeria pays off

MTN Nigeria Plc remains the company with the highest revenue among the most capitalized and liquid firms in Africa’s largest economy.

The largest telecommunications firm in the country has been growing earnings steadily since its entry into Nigeria in 2001 and listed on the Nigerian Stock Exchange (NSE) in 2019.

The telco giant is taking advantage of the country’s youthful population that crave for data usage (favorable demography) and smartphone penetration to increase its share of the Nigerian market.

It is not surprising that MTN Nigeria is thriving even amid poor macroeconomic conditions as it continues to take proactive actions such as reinvesting most part of its robust earnings and strong cash position on capital expenditure or outlays that are contributing immensely to earnings.

For instance, it accelerated the rollout of 4G networks by the MNOs and the conversion of 3G SIM cards to 4G is underpinning 4G penetration. It announced 4G population coverage of 65.1 percent as of the second quarter of June 2021.

The company also benefited from rising demand for data during the coronavirus pandemic that forced the government to impose a sit at home order with a view to curbing the spread of the virus.

Its subscriber base hit 68.90 million in the second quarter of 2021, a reduction of 3.80 percent from the previous year. The slight drop was caused by a ban in sim registration imposed by the regulator.

It is interesting to note that investors who do not own MTNN stock yet could be missing on consistent bumper dividend and share appreciation because the local investment climate is pretty much benign to the telco giant.

Analysts say the central bank’s digital currency, e-Naira, and aggressive stance towards digitalization is likely to favour the telco giant.

Also, the country’s favorable demography and increasing smartphone users presents a whole lot of opportunities for the company.

Nigeria has 70 million smartphone users, and the number is expected to hit 117 million by 2025, according to Newszoo.

In August, analysts at Chapel Hill Denham had upgraded their 12-month target price on MTNN to N238.72 from N180.00 previously and maintained their BUY recommendation on the stock, which implied an upside of 46.1 percent (including dividend yield of 7.4 percent).