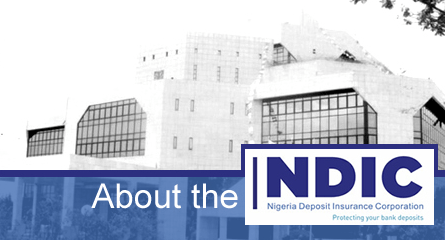 The Nigeria Deposit Insurance Corporation (NDIC) says that it has adhered to statutory guidelines on the distress resolution and liquidation of Fortis Microfinance Bank (MFB) Plc, and the protection of interest of depositors.

The initial efforts by regulatory authorities involved the setting up of joint Central Bank of Nigeria CBN/NDIC Interim Management Committee (IMC) to manage the affairs of the bank towards stemming the tide of its mismanagement and also to protect the interest of its depositors.

The intervention by the IMC also included the payment of N2 billion released to it by the Committee of Governors of CBN to the bank’s depositors in order to ease the hardship being experienced by them.

The facts and figures behind the liquidation of Fortis Microfinance Bank (MFB) Plc. are as follows, according to NDIC:

Concerning complaint by a business businesswoman, Uju Ohanenye, who accused the Corporation of failure to pay the balance of N222.4m out of the fixed deposit of N301 million she lodged with Fortis Microfinance Bank (MFB) Plc, the NDIC says it has not failed her.

Under normal circumstances, the Corporation does not join issues with depositors of failed financial institutions in public for obvious reasons, but because Ohanenye has already made the details of her reported petition public, coupled with the fact that the same report is capable of misleading millions of innocent Nigerians particularly on the scope, benefits and limitations of the Deposit Insurance System (DIS) in Nigeria, the NDIC says it is constrained to issue this statement:

“Ohanenye had contacted the Corporation on several occasions where all the issues involved in the matter were painstakingly explained to her. Contrary to her insinuation and accusation that the Corporation allowed Fortis MFB’s Management to defraud customers and had been negligent in the discharge of its duties, the NDIC wishes to make the following clarifications:

While the first tranche was for the treatment of her ailing husband, the second tranche was paid from the N2 billion approved for the IMC by the CBN in order to ease the hardship experienced by depositors.

Subsequently, Ohanenye was paid another sum of N200,000 (Two Hundred Thousand Naira Only) which she was entitled to after the liquidation of Fortis Microfinance Bank (MFB) Plc.”

“It is essential for Ohanenye and other depositors to be properly advised that microfinance banks were established to provide affordable banking services to the economically “active poor”, that is, the low income individuals and enterprises, as a way of promoting financial inclusion,” the NDIC concluded.