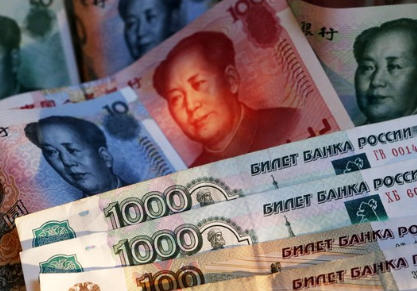 Russia’s payment volumes in Chinese yuan now make the country the third largest market in the world outside mainland China for the currency.

The ranking is based on data released by the global financial messaging firm SWIFT.

Last month, Russian businesses and financial institutions were reportedly involved in nearly 4% of international yuan payments by value, compared to only 1.42% recorded in June.

Hong Kong remained the top source of yuan transactions outside mainland China with 73.8% of the total, followed by the UK, with 6.4%. Singapore and the US were fourth and fifth, with 3.77% and 2.98% of the international total, respectively.

Earlier this week, data tracked by the Moscow Exchange showed that yuan-ruble trading has outpaced the dollar-ruble pairing for the first time, while the yuan-ruble pair exceeded volumes in the euro-ruble pair in late July.

Keen interest in the yuan and other Asian currencies from the Russian financial and corporate sector has arisen in the wake of unprecedented sanctions introduced by Western states in response to Moscow’s military operation in Ukraine.