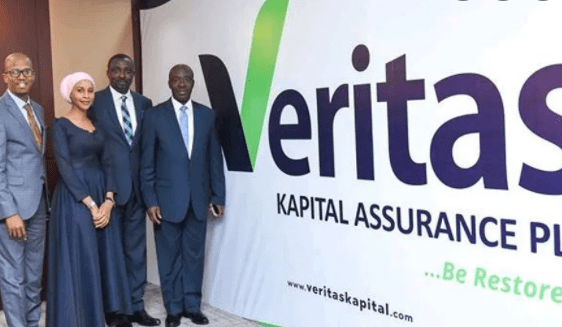 Veritas Kapital Assurance Plc is benefiting from the restructuring exercise initiated by management and board of directors a few years ago as the insurer’s financial conditions have improved.

Having been consistently recording double digit growth at the top (revenue) and bottom line (profit) during the restructuring period, Veritas Kapital has shrunk negative retained earnings in the balance sheet.

It is worthy to note that the company has strong fundamentals that paves the way for it to write big ticket risk needed to grow earnings and deliver higher returns to shareholders.

For instance, it has a shareholders’ fund of N8.93 billion as at March 2021, which is pretty much very close to the N10 billion minimum capital requirement for its line of business as specified by the National Insurance Commission (NAICOM).

By the new paid-up share capital regime, Insurance firms underwriting general business have been mandated to shore up their capital from N3 billion to N10 billion.

Veritas Kapital’s net income surged by 708.12 percent to N301.51 million as at March 2021 from N37.31 million the previous year; that is even as investment income slumped on the back of the dovish tone of the central bank that sent net treasury yields crashing to an unprecedented level.

A lower combined ratio means the company is efficient and profitable and capable of generating underwriting profit; also, it indicates optimal mix of claims/underwriting and management expenses to premium income.

Veritas Kapital Assurance’s claims expenses surged by 445.38 percent to N389.51 million as at March 2021 from N71.42 million the previous year; claims ratio increased to 26.14 percent in the period under review from 15.77 percent the previous.

The mounting obligations to policyholders could be due to the losses related to the destruction of properties during the protest against police brutality, “the ENDSARS.

The Nigerian Insurers’ Association (NIA) confirmed that a total of 1,661 protest-induced claims have been reported, of which 143 substantiated claims worth N105.0 million had been settled.

Despite mounting obligations, Veritas Assurance is able to use its resources to drive to top line growth.

Management expenses ratio, another measure of efficiency, reduced to 24.62 percent in March 2021 from 84.21 percent the previous year;

The company was registered as a general business company; this move was endorsed and approved by the National Insurance Commission (NAICOM) and offers non-life Insurance products and services to individuals and institutions across Nigeria.