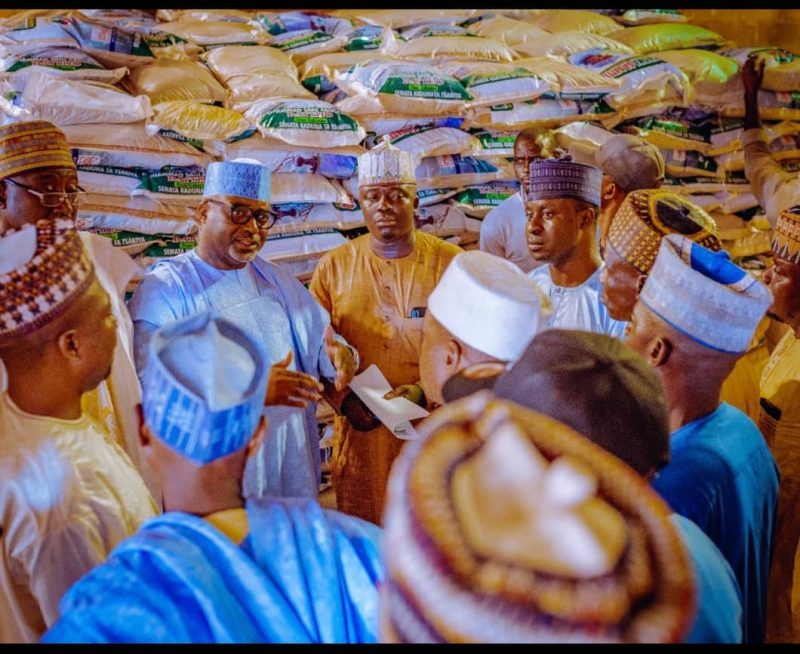 The Kaduna Central Senatorial flagbearer of the All Progressive Congress (APC), Muhammad Sani Abdullahi popularly known as Dattijo, has distributed fertilizer to farmers in Kaduna state.

The 1200 bags of NPK 20:10:10 fertilizer which were distributed to 81 wards had Giwa, Birnin Gwari, lgabi, Kaduna North, Kaduna South, Chikun and Kajuru local government areas of the Kaduna state as beneficiaries.

Muhammad Sani Dattijo who was represented by a close associate and stalwart of the party in the state, Alhaji Ahmed Maiyaki, Dattijo said “the gesture is to encourage our local farmers across our Constituency to enhance food production and food security and ultimately reduce poverty among our people in line with the manifesto of our great party”.

While calling on the committee saddled with the responsibility of distributing the fertilizer to ensure that only deserving local farmers benefit from the gesture, Dattijo also urged the good people of Kaduna Central and indeed the entire state to continue to support the All Progressive Congress (APC) as the party is working assiduously to reconcile and unite all party members ahead of the forthcoming 2023 polls.

“we must ensure that only genuine local farmers are given the fertilizer while also mobilizing eligible voters to get their PVC in our constituency and beyond in order to unite and support our great party ahead of next year’s general elections at all levels.” said Muhammad Sani Dattijo.

Also speaking, the State Secretary of the party, Alhaji Yahaya Babapate commended the flagbearer for the gesture and urged other contestants of various positions across the state to emulate Muhammad Sani Dattijo in order to promote the party ahead of 2023 general elections.

The event was attended by several party leaders and supporters including the Zonal Chairman and Woman Leader of the Party, several party flagbearers for National and State Assembly Contestants of the party and several grassroot politicians and supporters across the Kaduna Central Senatorial District.