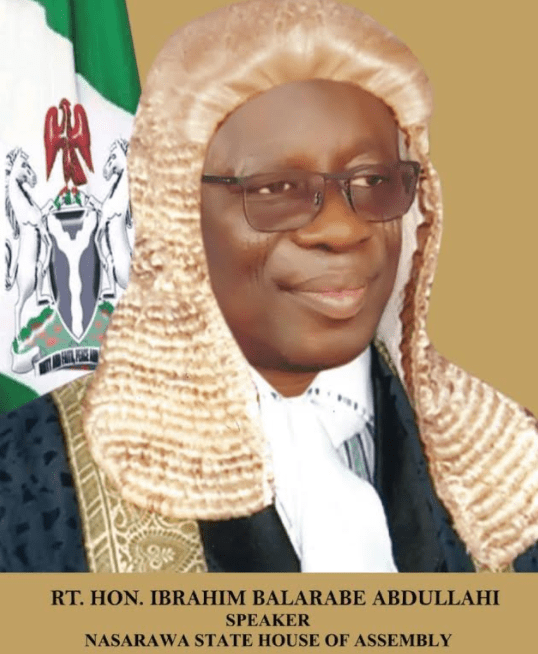 The Nasarawa State house of assembly has dismissed impeachment rumours being circulated in the social media over the impeachment of the Hon. speaker of the house, Ibrahim Balarabe Abdullahi. They also passed a vote of confidence on the speaker, over his leadership qualities.

The Majority leader of the House, Hon Umar Tanko Tunga (APC Awe North) who passed the vote of confidence spoke with newsmen in Lafia over a news circulating on the social media titled “Tension in Nasarawa over plan to impeach Nasarawa State House of Assembly speaker.”

“There is a circulation of devil doing his devilish work to distract development or to obstruct progress and cause confusion in the minds of the good people of Nasarawa State, particularly this assembly.”

“There is a piece in the social media authored by one Abdullah Mohammed that Nasarawa State is in tension, as members are planning to impeach the Speaker, the reason best known to the writer and his devilish act or pay masters.”

“Ordinarily, we will not have join issues or give the writer unnecessary attention but for avoidance of doubt and clear the doubting minds of the public that this House is united, peaceful and we are solidly behind our Speaker, Rt. Hon Ibrahim Balarabe Abdullahi.”

“This House is 100 per cent in support of the leadership of the speaker and cannot think of impeaching him at this material time. The report of the impeachment is not true. The writer is jealous of the success of our speaker and the House achievements. The speaker is providing an inclusive, purposeful and qualitative leadership, hence the need of our collective resolve to pass a vote of confidence on his leadership qualities,” he said.

Tunga added that the peace being enjoyed in the House was as a result of the speaker’s purposeful leadership and all the lawmakers have unanimously declared their full support for him. The majority leader assured the speaker of members continued readiness to give him all the necessary support to succeed and enjoined him to sustain the spirit of his leadership.

Hon Jatau said that all the 23 members has unanimously endorsed the vote of confidence on the Speaker Rt.Hon.Ibrahim Balarabe Abdullahi.