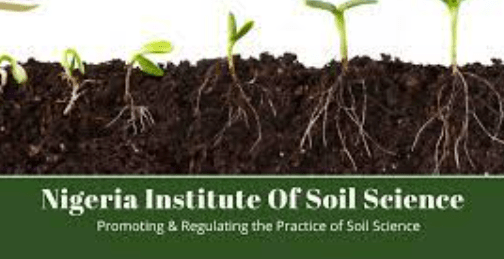 The Nigeria Institute of Soil Science, NISS, has won the USD 15,000 cash prize of the 2020 World Soil Day, held on Sunday at Bangkok, Thailand. This was the high point of the one-day sensitization workshop, held at the new facility of agriculture building, Usmanu Danfodiyo University, Sokoto.

NISS North West zonal coordinator, Professor Samaila Sani Noma, pointed out that the institute was adjudged winner for outstanding activities among forty-eight organizations across the globe.

Speaking at a one-day sensitization workshop attended by Registered Soil Scientists, RSS, within the zone, Professor Noma said, the recognition is in line with the institute core mandate to enhance soil resources to mitigate hunger by providing food in quantity and quality.

According to Professor Noma of the Department of Soil Science and Agriculture Engineering, UDUS, “the World Soil Day award, sponsored by the Kingdom of Thailand in conjunction with Food and Agriculture Organization of the United Nations was received by Nigerian Ambassador to Thailand, Mr Oma Djebah, on behalf of Nigeria.

The one-day sensitization workshop for registered soil scientists within the North West region, was coming on the heels of the earlier workshop the institute held for farmers and extension workers within Sokoto, Kebbi and Zamfara states, in October.

The workshop deliberated on ‘The Role of Nigeria Institute of Soil Science As the Regulator of Soil Science Profession in Nigeria,’ presented by Professor Edward Uyovbisere, of Ahmadu Bello University, Zaria.

Aside from sensitizing members on activities of the institute, other areas of deliberation at the gathering include soil management and testing within the zone, as states in the region fall on different ecological zones.

In his Goodwill message, Sokoto state Commissioner for Agriculture, Professor Aminu Abubakar, commended NISS for it’s outstanding performance which led to its success in winning the 2020 World Soil Day Award.

Professor Abubakar promised to engage NISS and other professional bodies in executing the ministry’s mandate of improved agricultural productivity in the state.

Earlier, the chief host at the occasion, who is also the Dean, Faculty of Agriculture, Professor Alhassan Danladi Isah, encouraged NISS to organize similar workshops to benefit farmers in the region and Nigeria at large.

Why I Hired a Witch Doctor – Paul Pogba