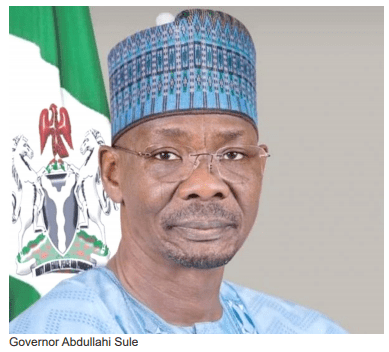 The residents of Shabu community of Lafia, Nasarawa State Capital, have protested the demolition of Sesame Processing Center, built by the Federal Ministry of Agriculture and Rural Development.

The residents who spoke to MoneyCentral on Sunday in Lafia, called on Gov. Abdullahi Sule to set up an investigative panel to unravel the mystery behind the demolition.

Al-Muhammad Ubabu, A traditional title holder (Makongijin Shabu) in the area, condemned the act, adding that, it could impact negatively on the community and the state. The traditional ruler, however, lauded the federal government for bringing such a project to the community to help in the value addition of the Sesame produced in the state.

He said the project could have provided employment opportunities to youths, women and others thereby reducing crime and poverty. He explained that when the project was demolished in March 2021, Mamud Bwala, traditional ruler of the area, reported the matter to the governor.

“The governor, on receipt of the report of the demolition by Sangari Shabu, immediately sent a delegation to assess the level of damage. “Thereafter, the governor directed that the center be reconstructed immediately, but after nine months, we are still waiting.

“The youths often plan to revolt against the delay, but the traditional ruler and other stakeholders always appeal to them to await the government’s response,” he added. Similarly, Mohammed Shaibu-Madaki, President, Shabu Youths Movement, said it was really very sad for such a project, capable of taking the youths off the street to be demolished.

He said they have shown maturity in handling the matter, and appealed to the state government to investigate the matter, punish those responsible and rebuild the center for the overall development of the state. On his part, Dr Ikechukwu Otomata, Nasarawa State Coordinator of Federal Ministry of Agriculture and Rural Development, confirmed this to newsmen.

He said the federal government, through the ministry, has decided to assist sesame farmers toward value addition before marketing given their recent rating as first in the production of the product in Nigeria. He explained that they received a distress call that Nasarawa State Urban Development Board (NUDB) demolished the project just a day after it was handed over to them by the contractor.

“The contractor completed his work and received a certificate of completion on March 3, 2021 and the project was demolished on March 4. “It was completed and equipped with state of the art processing facilities, including an electricity generating set to ensure adequate power supply.

“The facilities are still in the demolished structure, but when we wanted to move them to our office in Lafia, the traditional ruler assured us that the community would protect them,” he added.

He therefore said that the ministry was planning to hand over the project to the state government before it was demolished by NUDB. When contacted, Mr Yahaya Wada, Managing Director (MD) of NUDB, said the center was demolished for failure to get necessary approvals before commencing the project.

Wada, however, explained that the center was demolished in March before he was appointed in June. He further said that based on the briefs he received, the client failed to visit the board for necessary processes and approvals after they were served three different notices.

“The law that established the board clearly stated that before the clearing of site for any developmental project, we must give approval,” Wada added.