YPP Guber Aspirant, Jatau To Champion The Cause Of Youth In Nasarawa 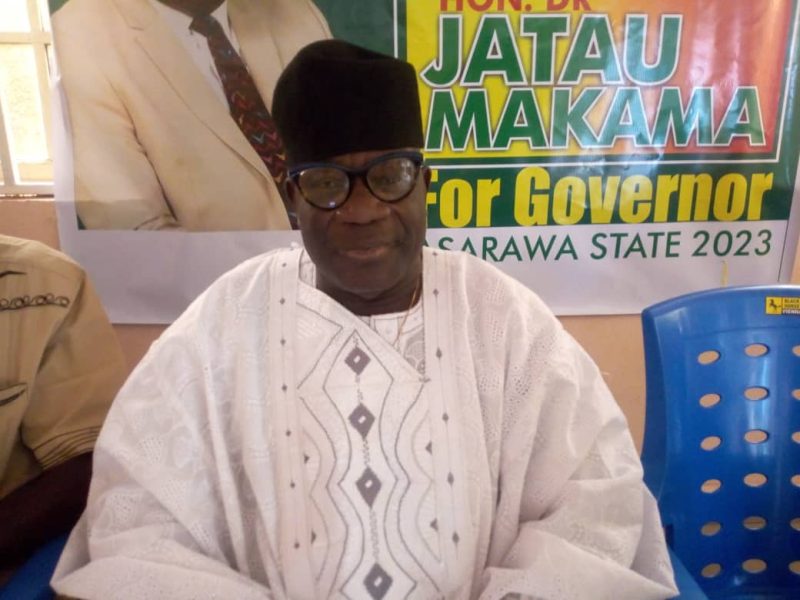 The Gubernatorial aspirant of the Young Progressive Party ( YPP), Dr. Jatua Makama, has said his aspirations to join governorship race in the state was to champion the cause of youth in Nasarawa State.

Dr. Jatua disclosed this while presidentding over a caucus meeting of the party in Lafia, the state capital.

He said if giving a chance his plan was to prioritize the cause of youth in Nasarawa State.

The YPP aspirant explained that if eventually elected into the governor seat of the state he will build centres across the state where youth will be trained in all skills aquisation in the state.

According to Jatua, ” my plan is if I become the governor I will meet with all youths in the state and ask them what they want and train them instead of allow them to move around on the street. There is no government job anywhere now.

“On the Agricultural sector I have seen that people are longer interested in any hard labour now I will get tractors where they would using tractor to do mechanized system of farming where they used less energy to harvest more for themselves I think the farmers will be happy about it.

He also said his plan was to addressed the health sector where people of Nasarawa state would have access to all health facilities across the state.

Dr. Jatua Makama who is the Gubernatorial aspirant of the Young Progressive Party called on the youth in the state to vote for YPP party in the 2023 elections for the interest of Young people and development of Nasarawa state.