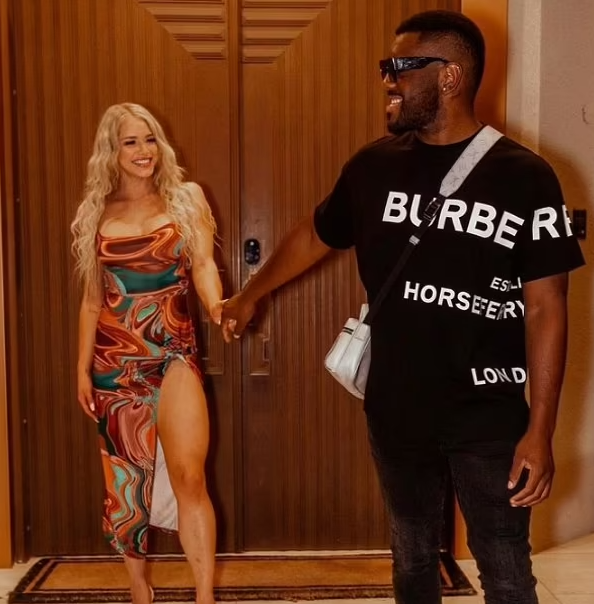 Less than a week after social media influencer Courtney Tailor, 25, allegedly killed her Nigerian boyfriend, she was spotted at a hotel bar in Miami enjoying a drink.

Tailor who also goes by Courtney Clenney, stabbed her boyfriend, Christian Obumseli, in the shoulder amid a struggle at their Miami condominium on Sunday, according to police, as previously reported. 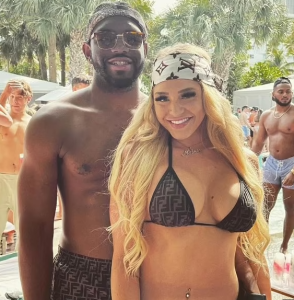 Obumseli, 27, was rushed to a nearby hospital, where he succumbed to his injuries. The Instagram and Onlyfans model, who has not been formally charged in her boyfriend’s death, was hospitalized over mental health concerns after making suicidal threats while in police custody, police said.

In Florida, officers can commit a person to a mental health treatment center for up to 72 hours by using the state’s Baker Act. 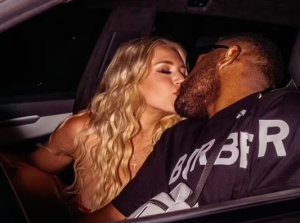 In a video that is now going viral on social media, Tailor was spotted at a hotel bar before being accosted by Instagram user @gingergirl438, days after the alleged murder.

“@courtneytailor this girl is insane!!! I’m in shock. After you kill your bf you decide to sit at a fucking bar to have a drink. Not next to me killer. GTF,” read the caption in the video clip.

“You should go….cause you just killed your boyfriend,” the woman is heard telling Tailor, who is seen with a male companion, prompting her to get up from her seat and walk away. As Tailor makes her way towards the elevator, she turns around and says, “He tried to [ineligible]” The incident apparently took place at the Grand Beach Hotel in Miami. 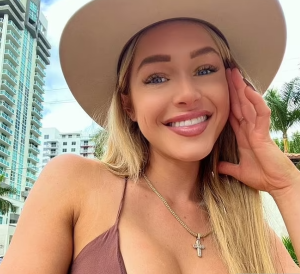 In the aftermath of the alleged murder, Tailor was seen handcuffed and covered in blood in video footage obtained by TMZ as police reported to the stabbing at the One Paraiso apartment in Miami where the couple lived.

Detectives were still investigating the fatal stabbing on Friday, so prosecutors are yet to announce if they were filing charges against Tailor, who is claiming self-defense.

Tailor’s defense attorney said her client was a victim of domestic violence and acted only out of fear for her life.

“As Courtney struggles with the pain of being a survivor of domestic violence and the aftermath of the events that evening, we ask that the community and Christian’s family allow the police and the state to conduct their independent investigation of the events,” Frank Prieto said. “This is a tragedy for all involved but it was not criminal conduct; Courtney was defending herself and the investigation will reveal exactly that.”

However, friends of the couple allege Tailor was the violent one in the relationship. “We’ve seen her hit him; I have never seen him hit her,” Obumseli’s friend Ashley Vaughn said earlier this week.