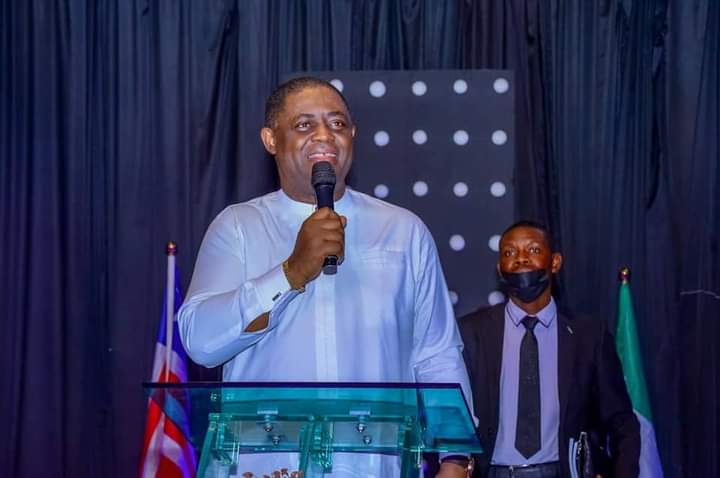 Following the consistent killings by gunmen across the country, a former Minister of Aviation, Femi Fani-Kayode, has called for peace and unity among Nigerians.

Speaking at the 59th birthday anniversary and book launching of Archbishop Emmanuel Jatau, the founder of Faith Hill Prophetic Assembly, Abuja, Fani-Kayode said it was important for Nigerians to be united in order to ensure steady growth and progress of the nation.

The former Minister who was the Guest Speaker of the occasion and Chief Launcher of the book titled “The Battles Of The Mind”, said the book was written to encourage citizens of the country and other countries in the world not to give-up in achieving their dreams and aspirations irrespective of the challenges that abounds.

He admonished religious leaders to constantly pray to God for Nigeria as the efforts of political leaders were not enough to tackle the challenges confronting the nation.

He said, “Our country is going through a lot right now. We need to build bridges of peace and unity, pray and look forward to the future as a united nation. We also have to resist the attempt by foreigners to divide us and create war in our country.

“We should not be fighting because of religion or tribe. Even politics should not make us fight. Instead, we should come together as one and ensure that the country progresses so that the upcoming generation can be proud of us”.

While Inaugurating a borehole, health clinic, food center and prayer centre built for members of the church and residents of the area, Fani-Kayode described Archbishop Jatau as one of the outstanding Clergies in the country who has great desire to help the less privileged in the society.

He said, “The Archbishop has been a blessing to many citizens of our nation and he is highly gifted in the prophetic. His humility is second to none and his kindness, love and compassion towards those that are in need is both resounding and deeply inspiring.

“I thank him for being such a blessing to us all and I wish him many more years of service to the body of Christ, humanity and our nation. I also thank his beautiful wife and all the members of his large and happy congregation for honoring and receiving me so warmly”.

Earlier in his speech, the celebrant, Archbishop Emmanuel Jatau, who is an indigene of Nasarawa state, said his mission on earth was to impact positively on the lives of the people irrespective of religious or tribal inclinations, saying that, “helping people is the mandate that God gave to me”.

While expressing confidence that Nigeria would be great irrespective of the prevailing challenges confronting the nation at the moment, he thanked dignitaries who came to celebrate with him on his 59th birthday anniversary and the launch of his book.