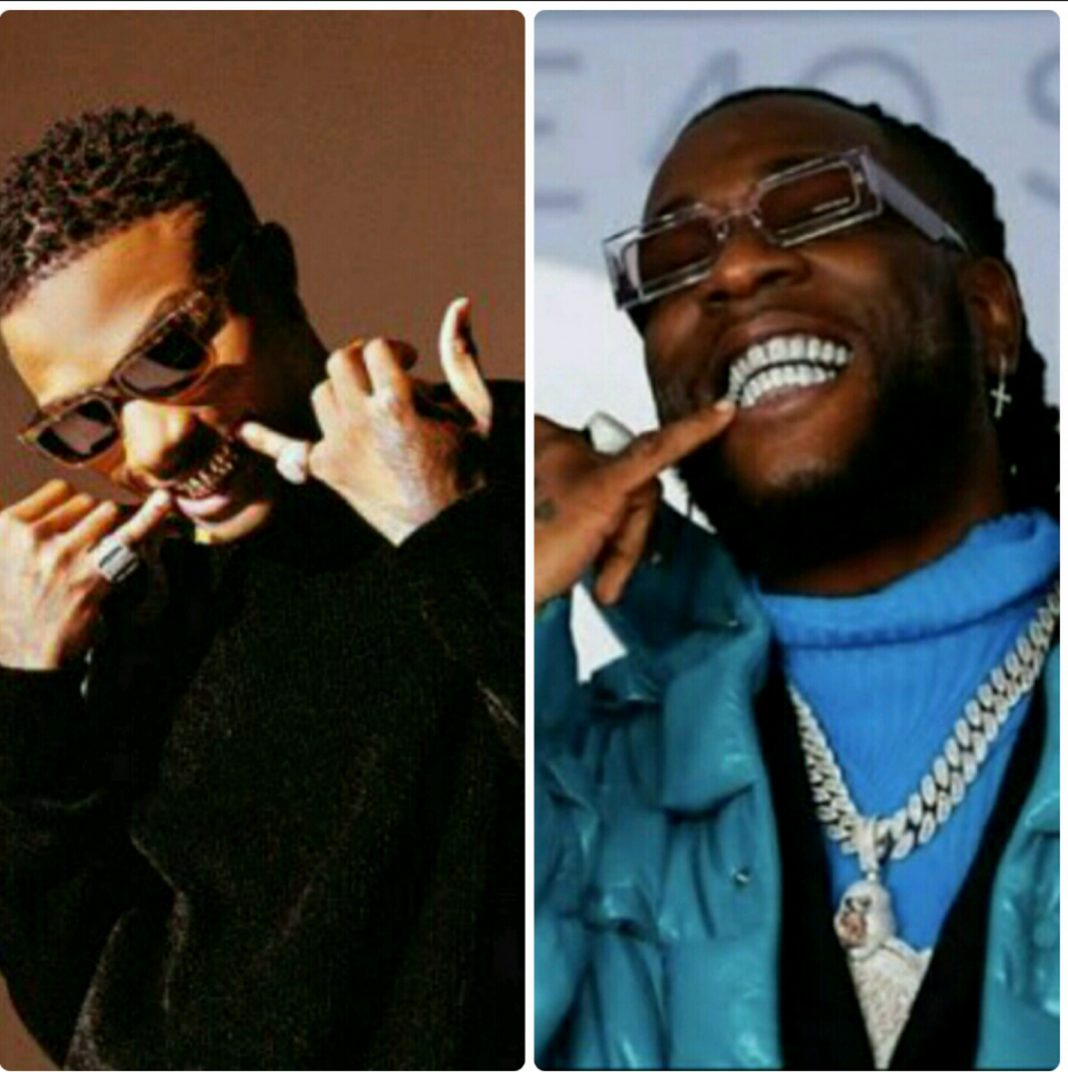 Nigerian superstars, Ayo Balogun and Damini Ebunoluwa Ogulu popularly known as Wizkid and Burna boy respectively, have added a grammy award to a long list of their accomplishments

Wizkid won his first-ever Grammy Award for his role on ‘Brown Skin Girl’ off the 2019 album, ‘The Lion King’, while Burna Boy, a nominee for a second consecutive year, won with his Twice As Tall album.

He (Wizkid) won the award alongside Beyonce, who owns the song and featured artists – Wizkid, Blue Ivy, and SAINt JHN

It also marks the first Grammy Award for Beyoncé’s daughter.

The award will go to Jenn Nkiru who directed the video while artists, producers and video director will get a statuette for this category.

Wizkid has continued to excel on the global stage. His latest album, Made in Lagos, enjoyed rave reviews across the world, even as his fan base stretched to hitherto ‘unconquered’ territories.

Wizkid was the first Nigerian to win an NAACP Image award for the song, Brown Skin Girl, on which he was featured by Beyonce, in the category of ‘Outstanding Duo, Group/Collaboration’. He also became the most awarded African Artist in the history of the Music of Black Origin awards, having won four awards. He was adjudged the ‘Best African Act’ in the 2020 edition of the prestigious award.

He also became the most awarded Nigerian artiste at the BET Awards, having won three times. The singer was the first African artiste to be nominated at Brazil’s Breaktudo Awards in the ‘Global Artiste’ category.

Wizkid emerged as the first African artiste to debut on Spoify’s Global and Album charts #10. Continuing his winning streak, Wizkid became the first Nigerian artiste to record at least one entry on the United Kingdom’s singles chart with two different albums― Come Closer (2017) and Ginger (2020). Meanwhile, Made in Lagos is the longest-charting Nigerian album on the UK albums chart for the new decade

The 29-year-old beat four others including the Malian band, Tinariwen to win his first ever grammy award for his famous studio album, Twice as Tall

The Grammys described Twice As Tall as “a masterclass in the vibe and hustle that have made Burna Boy an international musical force”.

“[He] continues to torch limitations, seamlessly blending styles and genres and fearlessly fuelling the fire heating the melting pot of pop, Afrobeat, dancehall, reggae and more,” it said.

The album features a wide range of international artists such as Stormzy, Youssou Ndour, Naughty By Nature, and Chris Martin of Coldplay, and had Sean Combs as executive producer.

Burna Boy was nominated in the same category in 2019 – then known as Best World Music Album – but lost out to Angelique Kidjo at the awards ceremony in 2020.

However, Kidjo dedicated her win to him, saying: “Burna Boy is among those young artists that come from Africa that is changing the way our continent is perceived and the way that African music is the bedrock of all music.”

At the height of the xenophobic attacks in South Africa in 2019, he threatened to never set foot in the country again unless the government took action, although he has since performed in the country.

He was also closely involved in the #EndSARS anti-police brutality protests in Nigeria last year, setting up a fund for victims and releasing a song in memory of those killed on 20 October 2020 at the Lekki Toll Gate in Lagos.

He also recently tweeted his support for protesters in Senegal who took to the streets after the arrest of opposition leader Ousmane Sonko.