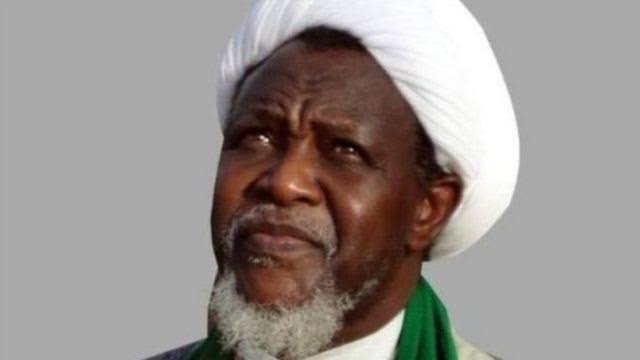 The group also said that the political life of Nigeria under the mantra of change to hoodwink the Nigerian people altered the position of civil society organizations in Nigeria.

In a statement signed by the Secretary of the group, Comrade Ezekiel Ayuba, explained that Citizens League for Justice believes that the lesson of dictatorship in Nigeria no matter its complexion civilian or military must be fought.

According to the statement obtained by our correspondent, those that romanced dictatorship end up turning their countries into killing fields, while those that fought dictatorship preserved their freedoms and their liberties and are enjoying the fruits of democracy.

“We must posit that Nigerian government must respect and dignify the rights of Sheik and his wife to life as enshrined in the constitution and must therefore be given back the needed traveling documents to enable them seek proper medical care abroad.

“Bearing in mind, the life threatening injuries suffered by them. Including psychological torture in their memories and the killing of some of group’s members.

The group, described the witholding the traveling documents of Sheik Zakzaky and his wife in order to prevent them from having access to proper medical care abroad as illegal and unlawful.

“We wish to demand for the unconditional release of the traveling documents of Sheik Zakzaky, his wife and other citizens being persecuted by the Buhari regime to enable everyone one of them seek alternative medical care of their own choice in part of the world.

“That Nigeria is a constitutional democracy and for her to reclaim her place in the comity of nations defends on the concluding aspect of the withholding travelling documents saga of the Sheik who was discharged and acquitted by a competent court of our land. The decision of the persecutors of the Elzak-zaky to continue their unrepentant assault on his freedom guaranteed by the Nigerian constitution is shameful, lawless, unacceptable and affront to the Nigerian people and the constitution of the Republic.

“The time tested resolved of Sheik Zakzaky to live in unity and harmony and in the spirit of common brotherhood is never in doubt and beyond reproach irrespective of the hostile attitude against him and followers by agents of the Nigerian government.

“The deliberate refusal against wise counselling to release the traveling documents to him and his household community is one of the numerous human rights abuses of this regime that can neither be rationalized or justified. All actions taken against them cannot be expressly said to be in the practical application of any law in force in our country. And cannot not be reasonably and justifiable in a democratic and law abiding society. Actions totally not in defence of public safety, but in every sense of the word premeditated against public order, public morality or public health.