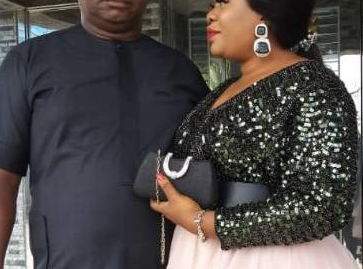 The Anambra State Government of Governor Chukwuma Soludo has moved swiftly to suspend Mbazulike Iloka populalry known as Mbamba from office over the alleged murder of his wife after massive and widespread public outcry for justice.

Mbamba was the newly sworn-in TC Chairman in Nnewi North.

Mr Mbamba as he is fondly called, has since denied the allegations, claiming his wife slumped and died instantly however, a credible source familiar with the family disclosed that the woman suffered domestic violence in the hands of her husband leading to the untimely death, with her family being aware of such incidents in the past though the woman tried to hide the true extent of the horrific abuse, till it took her life.

Another source also disclosed that Mr. Mbamba has continue to frustrate all effort of the family of the late wife to conduct autopsy insisting that his wife died a natural death, but his in-laws especially the brothers to the deceased, have passed a vote of no confidence on his claims of innocence to the extent that they have petitioned him to their community deity as they strongly believe that the woman was murdered in cold blood, given the antecedents of MbaMba’s brutality towards her even though he has continued to insist his wife died from a cardiac arrest and blocking every insistence by the in-law for an autopsy.

Neighbours of the deceased have asked the state government and the IGP to investigate the matter, stating that his close ties to the Governor should not be abused in shielding him from the full arm of the law and granting justice to both the woman, her family and the community at large as the incident has left everyone shell shocked

From the pictures seen the deceased who is well known by many to be a very peaceful and loving personality had a deep cut on her forehead well as the glaring and fresh bruises on the side of her face as well as her back eye, not to mention that there are strong evidences and eye witness reports of the deceased usually seen with bandages and plasters on her head from time to time, which she tried to cover with wigs and other head gears.

With the Anambra State Government suspending MbaMba over this issue, it has given hope to the family of the deceased that indeed, MbaMba’s connections will not shield him from this terrible crime, even as Ndi Anambra insist that the Government should get to the root of the matter and make sure justice is delivered.