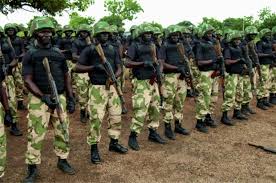 Nigerian soldiers killed at least 50 Islamist militants in a series of military offensives in the northeast of the country.

Forty-one insurgents died May 9 in the Bama and Gamboru areas in Borno state, Defense Ministry spokesman John Enenche said Friday in a statement. Nine others died May 13 in Jakana, while “several terrorists” were also killed in the Abadam district, he said.

Nigerian forces have been battling an Islamist insurgency in the northeast for the past decade. The conflict, involving the Boko Haram and Islamic State West Africa Province groups, is estimated to have killed more than 30,000 people.