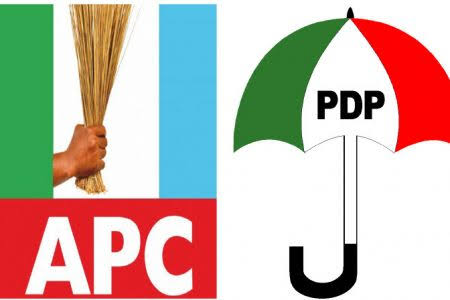 The Peoples Democratic Party has rebuked the All Progressives Congress for allegedly justifying the sufferings of Nigerians under the regime of the President Muhammadu Buhari.

National Publicity Secretary of the PDP, Kola Ologbondiyan said this in a statement titled, ‘PDP Slams APC For Justifying Suffering of Nigerians Under Buhari,’ in Abuja, on Thursday.

The party said an ‘obnoxious’ attempt by the APC to rationalise the hardship being suffered by Nigerians under the Buhari regime has further confirmed that the APC has no iota of concern for Nigerians.

Ologbondiyan said, “The PDP also berates the APC for supporting the increase in the price of fuel from N87 to the current N148 per liter as well as the endemic corruption in the Buhari administration, saying that only a corrupt party that relishes in inflicting suffering, pain and anguish can defend the actions of Buhari administration.

“By kicking against our solidarity with Nigerians in our caution to President Muhammadu Buhari against making empty promises to the people, the APC has pitched itself against the Nigerians and further confirmed that it is a propaganda machine that only thrives in lies, deception, fake promises and incurable corruption.”

The opposition party lamented that the APC, in its propaganda, would prefer to turn a blind eye to the sufferings of Nigerians, most of whom can no longer afford their staple foods, basic accommodation and other necessities of life and have been left to wallow in abject poverty due to the incompetence of the Buhari Presidency.

It further said, “We found it tragic that the APC would attempt to paint our economy as sustainable when in the actual fact it has been wrecked by President Buhari, with a terrifying N28.6 trillion debt burden, a weakened currency at N480 to a dollar, a frightening 23.1 unemployment rate and a productive sector that has been crippled by poor policies, to the extent that our nation is rated as world poverty capital.

“It is heartbreaking that the APC is ignoring the cries of Nigerians and chose not to speak out on the escalation of insurgency, kidnapping, banditry and incessant killings of Nigerians under President Buhari’s watch.

“It is appalling that the APC finds nothing wrong with the fact that the situation in our country has become so devastating that compatriots now resort to suicide and slavery mission abroad as options.”

The PDP asked the APC to apologise to Nigerians for making false promises instead of trying to justify a situation that was clearly unjustifiable.