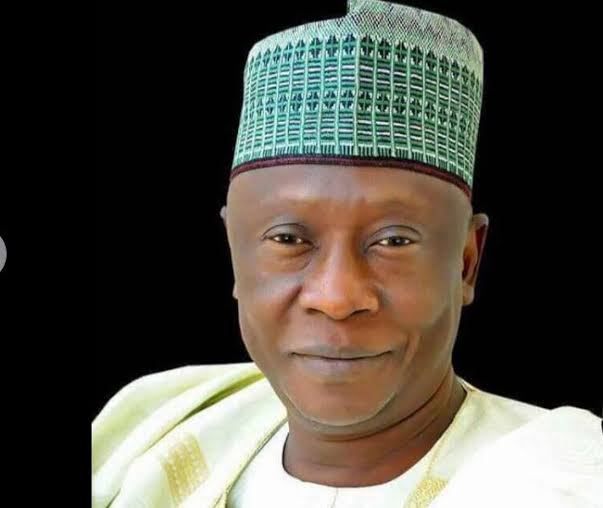 Following a letter from the National Chairman of the Peoples Democratic Party (PDP), Dr Iyorchia Ayu, to the Senate President, Ahmad Lawan, the Minority Caucus in the red chamber on Tuesday appointed Senator Shuaibu Isa Lau, who represents Taraba North, as the Senate Deputy Minority Leader.

The post became vacant following the defection of its former occupant, Senator Emmanuel Bwacha (Taraba South) to the All Progressives Congress (APC) at the weekend.

Lawan read Ayu’s letter announcing the choice of Senator Lau as the new Deputy Minority Leader of the upper chamber.

Ayu said Senator Lau’s nomination was against the backdrop of Senator Emmanuel Bwacha’s defection from the opposition party to the APC last week.

The letter, which was read by Lawan at the start of plenary, reads in part: “Following the defection of Senator Emmanuel Bwacha to the ruling APC, the PDP Senate caucus has nominated as his replacement, Senator Shuaibu Isa Lau.

“Senator Lau is from Taraba State, the North East geo-political zone of the country, where the position has been zoned.

“The PDP Senate caucus has duly informed the National Headquarters of the party, in view of which we so communicate to you.

“We believe that Senator Lau will be an asset to the leadership of the Senate.

“Thank you and accept the assurances of our highest regards.”

Meanwhile, Bwacha was officially recognised as a member of the APC on Tuesday morning on the floor by Lawan.

Lawan had directed the Chief Whip, Senator Orji Uzor Kalu, to take Bwacha to his new seat on the section of the isle reserved for members of the ruling party.

Kalu promptly carried out the instruction even as members of the minority PDP kicked against the development.

Lawan said with the crossing over of Bwacha to the APC, the party now has 70 members in the Chamber while PDP has 38 leaving Young Progressives Congress (YPP) with one member.

Bwascha’s decision to leave the opposition party was conveyed sequel to a point of order he raised during plenary.

Relying on Order 42 of the Senate Rules (Personal Explanation), Senator Bwacha gave reasons for his defection.

He said, “In view of my desire for equal competition, and about my desire to enjoy the full operations of my fundamental human rights, Mr. President, I want to announce this day, that it is appointed to me, henceforth, to enjoy free air.

“As King Solomon said, there’s a time for everything; now is a time for me to leave the Peoples Democratic Party.

“Mr. President, I say I have opportunity to breathe freely because of a deliberate isolation and huge division and factionalisation in the party in my state.

“Mr. President, I had to leave because I seek to breathe better. This day, I announce henceforth my exit from the Peoples Democratic Party, and to join the governing party because of the visible presence of the party in my Senatorial District.

“I say this without fear of contradiction that my constituents are happy about this movement because of what they have seen on ground in Taraba South Senatorial District.”

Immediately after his announcement to defect from the opposition party, Senator George Thompson Sekibo (Rivers East), came with a counter point of order to oppose Bwacha’s defection citing the provisions of Section 68 (g)(h) and subsection 2 of the 1999 Constitution (as amended).

The lawmaker, against the backdrop of the provisions cited, requested the Senate President to declare Bwacha’s seat vacant.

Sekibo was however ruled out of order by the Senate President.

Lawan observed that Sekibo’s demand was null as Senator Bwacha had explained that the PDP in Taraba was factionalised.

He also drew Sekibo’s attention to the letter by Ayu nominating a new Deputy Minority Leader to replace Bwacha.

According to Lawan, the decision by the PDP caucus in the Senate to intimate the national body of the opposition party of a new nomination translates to an acceptance of Bwacha’s resignation from the PDP.

The Senate President, on the strength of the reasons advanced, ruled Sekibo out of order