Arsenal Crash Out of Europa League 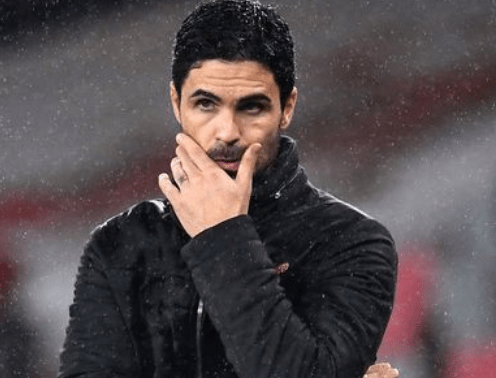 Arsenal’s season was left in tatters as Villarreal held on for a 0-0 draw at the Emirates Stadium to secure a 2-1 aggregate victory.

The Spanish side had every right to celebrate after knocking Arsenal out of the Europa League in their own backyard and booking a place against Manchester United in the final.

Arsenal’s defeat was made even more painful by the fact their old manager Unai Emery was in the opposition dugout.

Over the two legs, Mikel Arteta can have no complaints that his side were knocked out. They were second best. They were also outplayed and – perhaps most worryingly – out fought.

Arsenal went out here with a whimper in the end. They may have hit the post twice but, other than a busy flurry right after half-time, it was all rather subdued.

There was no tempo or urgency about their play and, on a stage as big as this, that is a big worry for Arteta. The fact the Gunners had two shots on target, in a game they had to win, says it all.

The whole of the Spanish side did in fairness and, when Arteta looks back on this tie, he will surely wonder what might have been.

Arsenal never really hit top gear and instead they trundled along to the point where their Europa League campaign has now stalled.

The big question now is, where do they go from here?

Smith Rowe the one bright spark

Not for the first time this season, an Arsenal youngster was the only thing worth shouting about. Amid the disarray and chaos, Smith Rowe stood tall and he can be proud of his performance.

The 20-year-old, who was playing in a deeper role than usual, never stopped running and, if anyone was to make something happen, it was him.

That has, in many ways, been the story of Arsenal’s season, with young players charged with so much importance at such a young age.

It says a lot about where Arsenal are as a club that a young player performing moderately well is the only thing they can hold onto after defeat in a European semi-final.

The club is miles away from Europe’s elite – and they have a very long road ahead of them.

This semi-final was supposed to be the time Thomas Partey came to the party, but instead his balloon was burst. The Ghanaian struggled in midfield, with his passing radar off and at times he looked overran.

Partey deserves some slack, in fairness, not least because at moments you felt like he was playing on his own.

Without Granit Xhaka, who would have been playing left-back anyway tonight, the Ghanaian looked lost at times.