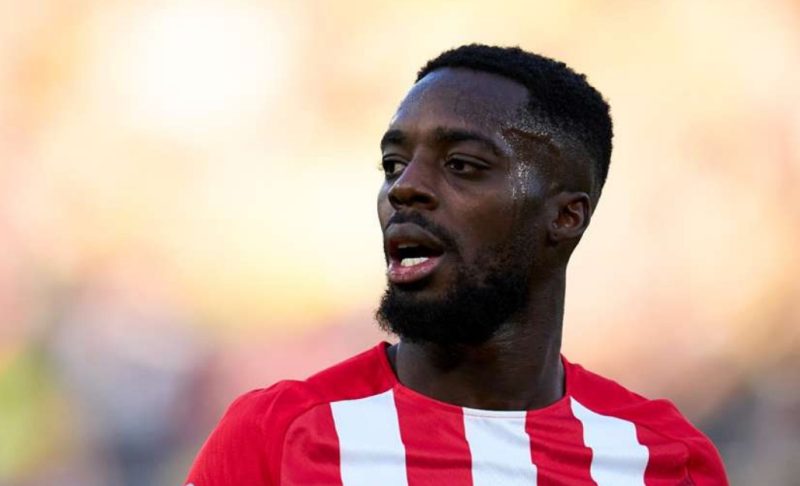 After weeks of speculation, it has finally been confirmed, Inaki Williams has switched his international allegiance from Spain to Ghana, crucially ahead of the Qatar 2022 FIFA World Cup.

Despite this decision being shamelessly opportunistic, one cannot be too mad at it as national team football has slowly morphed into club football in recent years with players pretty much getting signed to represent countries they are even remotely eligible for.

But Inaki’s eligibility is not in question here, both his parents are Ghanaian immigrants but something about a Ghanaian agreeing to represent Ghana but doing so while speaking Spanish doesn’t quite sit well.
Inaki Williams’ announcement video

In the video shared on his social media pages, Inaki Williams spoke about the recognition of his Ghanaian roots and the need for him to reconnect in what was a good message but for its tone-deaf nature.

One of the biggest problems with Williams’ first message to the Ghanaians was that he recorded it in his primary language, passing the message that he is Spanish first and Ghanaian second.
The video in question gave off the impression that Inaki was trying to pass the message across that he is a Spaniard but his parents are Ghanaian and he will now be representing the country due to that.

“My parents have raised me with values based on humility, respect and love. They have taught me to embrace life. In that constant quest to continue growing and working upon the pursuit of evolving personally and professionally as an individual,” Inaki Williams said.

Some key excerpts of Inaki’s announcement read “I want to return a small part of everything it has given to us because Ghana has played a significant part of becoming who I am as a person, as a son and as a brother.”

Inaki Williams is 28 years old and has even played once for the Spanish national team which explains why the need to tap into his Ghanaian roots wasn’t pertinent until the Black Stars qualified for the FIFA World Cup.

Many players can go to the dual nationality store and pop out with a brand new country but not everyone can shamelessly try to change the narrative before our very eyes.

He won’t be the first to switch allegiance for selfish reasons but Williams seems intent on painting this as him representing Ghana out of nothing but love for the country, conveniently only after they have sealed a World Cup spot and when it has become apparent he will never make it into the Spanish national team.

Regardless of all that, he is still a quality player and Ghana will be better for having him especially if he meant this part of his speech, “Today a new challenge begins. From now on, I will defend Ghana’s t-shirt with all my will whilst I give my best. I’m one of the Black Stars.”