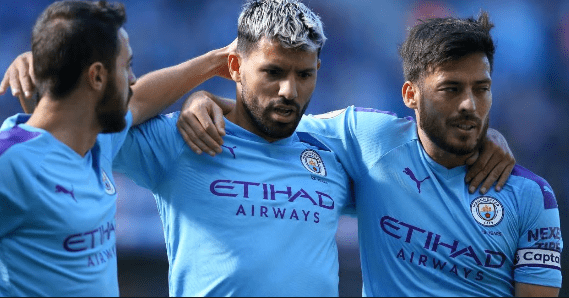 Manchester City are preparing for one of the biggest weeks in the club’s history, with their appeal against a two-year ban from European competition starting at the Court of Arbitration for Sport on Monday.
City will miss out on the prestige of playing in the Champions League for the next two seasons and estimated revenues of £200m unless they convince three judges in the three-day video conference hearing that they have not broken UEFA’s financial fair play (FFP) rules.
A decision is expected before this season’s Champions League is due to restart in August.
The competition was suspended in March with City well-placed to reach the quarter-finals after winning 2-1 at Real Madrid in a last-16 first-leg tie.
In February, UEFA banned City from Europe for the next two seasons and fined them €30m (£26.06m) for “serious breaches” of the FFP rules and for failing to co-operate with the investigation.
City were found to have overstated sponsorship revenue and break-even information in accounts submitted to UEFA between 2012 and 2016.
City have hired a group of high-profile lawyers to represent them at the CAS hearing. Their legal team is led by David Pannick QC of Blackstone Chambers and Paul Harris QC of Monckton Chambers.
Lord Pannick successfully represented Gina Miller against the government in September when the Supreme Court decided the Prime Minister Boris Johnson acted illegally by suspending Parliament.
UEFA’s lawyers include Dr Jan Kleiner, a partner at Bär & Karrer and co-head of the Swiss firm’s sport practice group, and Mark Phillips QC of South Square Chambers.