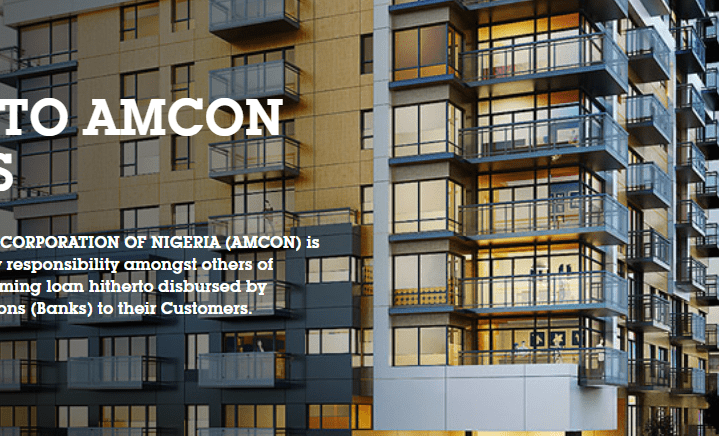 THE Asset Management Corporation of Nigeria, AMCON, has taken over the mansion of   former Governor of Kwara State, Alhaji Abdulfatah Ahmed, over N5 billion indebtedness.

AMCON said that the takeover followed the order of Hon. Justice A.M. Liman of the Federal High Court, Lagos Division, who  also ordered the freezing of the Bank Accounts of the former governor and his two companies including Trans Properties and Investment Limited and Trans It Consulting Limited.

AMCON noted that the former governor who is one of the founders of the newly established third force in Nigerian politics known as the Rescue Nigeria Project (RNP) is one of the high-profile obligors of AMCON.

Confirming this development, Head, Corporate Communications, AMCON, Jude Nwauzor, said, “Early today and in compliance with the court order, AMCON through the Law firm of Chief Robert Ohuoba of Robert Ohuoba & Co, one of the leading Asset Management Partners (AMPs) of AMCON who also received protective orders from the court, took possession of the mansion belonging to the former Governor situate at Abdulfatah Street, GRA, Ilorin, Kwara State.

“AMCON had taken over the Non-Performing Loans of the former governor and his companies, Trans Properties and Investment Limited and Trans IT Consulting Limited, from the former Intercontinental Bank, FinBank and Bank PHB during the first phase of EBA purchases, in line with its mandate under the AMCON Act. All efforts to peacefully resolve the loan had been frustrated by the former governor who remained recalcitrant, which left AMCON no other choice than to seek justice in court.

“AMCON had to commence asset tracing through its appointed law firm of Robert Ohuoba & Co. on Abdulfatah Ahmed, an exercise, which further revealed nine (9) properties of the obligor situate in Kwara, Lagos State and the Federal Capital territory (FCT), Abuja, which the Corporation has plans to enforce upon.

“This action is in line with Section 49 (1) of the AMCON Act 2019 (As Amended), which states that: 49 (1)Where the Corporation has reasonable cause to believe that a debtor or debtor company is the bona fide owner of any movable or immovable property, it may apply to the Court, before or at the time of filing of action for debt recovery or other like action or at any time after the filing of action, and before or after the service of the originating process by which such action is commenced on the debtor or debtor company, by motion ex-parte for an interlocutory order granting possession of the property to the Corporation pending the hearing and determination of the debt recovery or other action to abide the decision in such action.

Reacting to the development, the former governor said the reported take over of his Ilorin property by a lawyer purporting to represent AMCON was unnecessary and overzealous due to ongoing talks to resolve previous transactions with two defunct banks.

In a statement by his media aide, Wahab Oba, Ahmed clarified that the dispute was based on a margin loan he secured from Intercontinental Bank and Finbank in 2009 for the purchase of shares which was then lumped with unrelated loans obtained by others.

Reacting to a viral video depicting the takeover of his residence by an individual who claimed to represent the company, Ahmed explained that the banks held the shares as collateral to sell and recover the loans in the event of a default.

He said, the banks passed the loans to AMCON instead of selling the shares to recover the loan amount.

Alhaji Ahmed said he was in talks with AMCON to separate the liabilities before the lawyer’s overzealous conduct, despite knowing the loan amount was in dispute and that reconciliation talks were ongoing.

The former governor gave a firm commitment to meet any outstanding obligations once the loans were dis-aggregated.