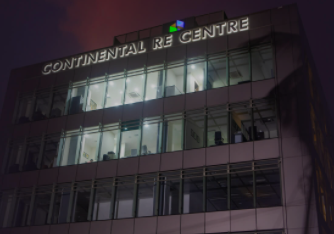 Continental Reinsurance Plc recorded strong growth in profit, thanks to commission earned under retrocession arrangement and foreign exchange gains as the insurer continues to launch innovative products that allure customers.

Continental Reinsurance return on equity increased to 10.12 percent in December 2021 from 6.41 percent the previous year.

The uptick in profit was strongly supported by foreign exchange revaluation gains of N789.28 million and a 405.10 percent surge in commission earned under retrocession arrangements to N3.28 billion that made up for sluggish premium income growth.

However, the reinsurer recorded negative real underwriting results of N1.75 billion due to an increase in the combined ratio.

The combined ratio deteriorated to 104.51 percent in the period under review from 100.64 percent as at December 2019.

It paid N20.45 billion in claims, which is 7.74 percent higher than 2020’s N18.98 billion, and that shows the insurer is honoring obligation to policyholders.

The company has spent less on underwriting and management expenses to generate premium income as total expense ratio reduced to 52.06 percent in the period under review from 50.92 percent as at December 2019.