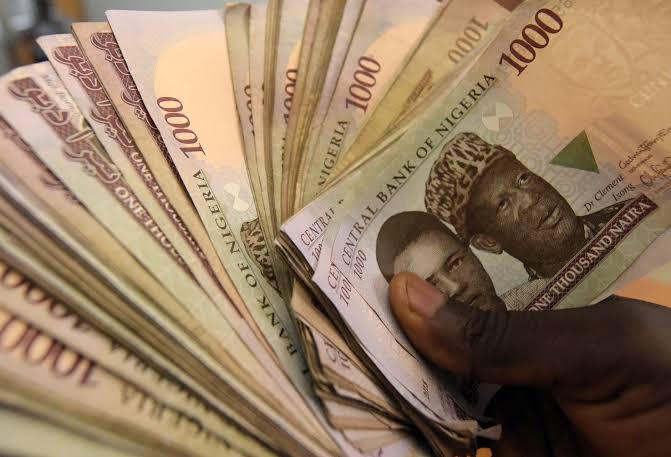 The irony is that they are selling but the cash is not coming in, which leaves them with high receivable as more customers will be owing, and the consequences is that companies will have to borrow more to fund their expansion plans.

“It is an early signal of problems. C0mpanies are growing revenue because of price increases, key products and relaxation of credit policy. They may not have sold more units just because of the price increase,” said an analyst who doesn’t want his name mentioned.

The combined net cash flow from operating activities of the largest listed firms in Africa’s largest economy reduced by 29.98 percent to N577.95 billion in March 2022 from N825.52 billion as at March 2o21, according to data gathered by MoneyCentral.

Of course, they are not efficient in converting sales to cash as the combined average cash margin dipped to 14.85 percent in the period under review from 52.73 percent as at March 2021.

The ratio is a good indicator of earnings quality because it only includes transactions that involve the actual transfer of money.

Cash is the lifeblood of any business. It offers strength, vitality and flexibility to make investment decisions, as well as the fuel to run its growth engine. Moreover, cash shields a company from market turmoil and indicates that profits are being channelized in the right direction.

If a company is experiencing a positive cash flow, it denotes an increase in its liquid assets, which gives it the means to meet debt obligations, pay for expenses, reinvest in the business, endure recession and finally pay dividend to shareholders.

It is glaring that consumer spending has been under pressure due to inflationary pressures, higher utility bills, and high unemployment, which adds more impetus to the argument of slow economic recovery.

The jobless rate in Nigeria rose to 33.3% in the three months through December. That’s up from 27.1% in the second quarter of 2020, the last period for which the agency released labor-force statistics.

In a pessimistic realistic tone and in its 2022 edition of its Global Economic Prospects report, the World Bank reiterated that fuel shortage and rising inflation will likely restrain economic growth in Nigeria.

While the Nigerian economy grew by 3.11 percent in Q1, it is still less than the World Bank’s growth projection for Nigeria.

The Director Research of Research and Strategy at Chapel Hill Denham, Tajudeen Ibrahim, said that the role of poverty and worsened inflation has dealt a great blow on the consumer sector.

“Poverty plays a crucial role in the development we are seeing in the consumer sector,” said Ibrahim.

A breakdown of the cash position by sector shows the cumulative net cash flow from operations of the largest consumer goods firms reduced by 75.04 percent to N51.12 billion in March 2022 from N204.84 billion the previous year.

The average industry cash margin reduced to 12.18 percent in the period under review from 21.91 percent the previous year.

The dominant players in the cement sector: Dangote Cement, BUA Cement, and Lafarge Africa saw their combined net cash flow dip by 32.64 percent to N248.60 billion as at March 2022.

However, Dangote cement’s cash flow was up 14.55 percent to N213.13 billion, which means the largest producer of the building material in Nigeria has an excellent working capital policy that ensures monies are collected from customers.

There are indications that there could be a corporate earnings recession as firms are struggling with a spike in the price of diesel they use to power stations as electricity from the grid is unreliable and a surge in the price of grains as a result of the war in Eastern Europe.