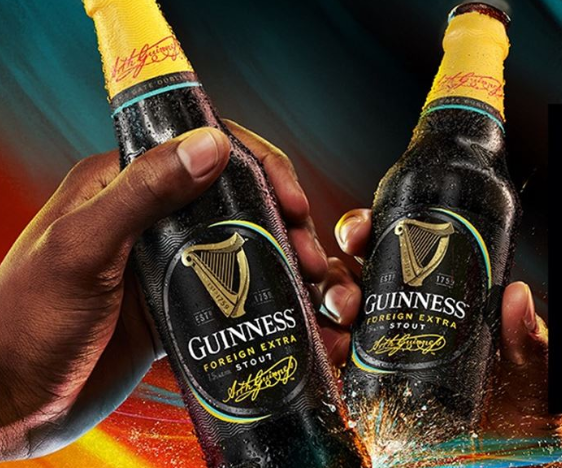 The perspicacious, adroit, and sedulous management and board of directors of Guinness Nigeria Plc have ensured that the company continues to expand its operations and production capacity across the country as it delivers higher returns to shareholders.

Last year, the second largest brewer by revenue completed the acquisition of 25 acres of commercial property in the Ogba industrial area of Lagos.

About 11 years ago, parent company Diageo Plc invested over N52 billion in capacity expansion, the single largest investment of Diageo in any single market anywhere in the world. 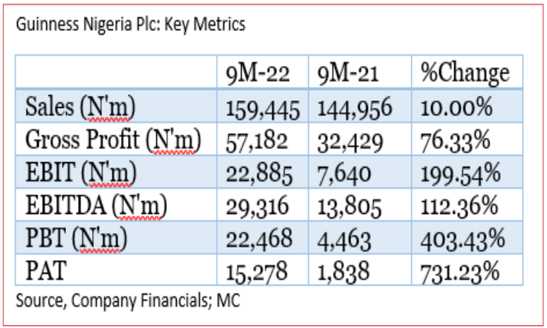 “We remain committed to the development of communities where we live and operate. Our investment in capacity expansion at a time when the harsh economic reality is forcing many companies to divest or consider divesting from Nigeria shows our unwavering commitment to the long-term viability of this country,” said Rotimi Odusola, Corporate Relations Director and Company Secretary of Guinness Nigeria.

“We will continue to invest in the Nigerian economy and will ensure consistent delivery of great quality products and socio-economic benefits to our revered consumers, esteemed shareholders, host communities and public” he added.

Interestingly, the company has a total installed capacity of 5.5mhl as at half-year, 2019, according to data gathered by Afrinvest Securities Limited. To magnify its share of the Nigerian beer market and a young population that craves for consumption, Guinness Nigeria adopted the total beverage alcohol (TBA) strategy, hence cannibalizing sales of competitors in that line of business.

Its portfolio products such as beers, spirits, ready-to drink Smirnoff in different variants, Orijin, Guinness FES, Guinness Smooth, Malta Guinness, Orijin, Johnnie Wlaker, Ciroc, amongst others have become an addiction to customers who crave for the products.

Also, the Orijin Bitters is on the shelves in local bars, and the product is so ubiquitous that it can be found in star hotels across the country.

Guinness Nigeria among top 10 performers of the year.

Investors have swooped on the shares of Guinness Nigeria with celerity, thanks to consistent earnings growth and strategic plans. Of course, the brewer’s shares have gained 115.38 percent so far this year, outperforming the NGXASI index of 17.09 percent, and which makes it one of the top 10 performers of the year.

At a P/E ratio of 11.29x, there is no doubt about the overall attractiveness of Guinness compared to peer rivals in Africa and emerging markets. The company’s ability to easily hike the price of its key products and absorb rising input costs indicates propitious signs for future earnings growth, and that validates the Buy ratings on its stocks by investment houses.

Strong earnings growth amid inflationary headwinds Red-hot inflation has stolen workers’ salaries, impoverished Nigerians, and balloon input costs for manufacturers. Annual inflation rate in Nigeria accelerated for a fifth straight month to 18.6% in June of 2022, the highest rate since January of 2017, and compared to 17.7% in May.

Food inflation surged to 20.6% from 19.5%, mainly due to bread and cereals, potatoes, yam, meat, fish, oil and fat, and wine. And to exacerbate the already anemic situation of companies is the Russian-Ukraine war that led to a significant spike in the price of grains, commodities that the two eastern European countries are major producers.

Diesel prices have been spiking since the start of the year, a double whammy for sector players who rely on it to power plants at factories and offices across the country since they operate in an environment beset by epileptic power supply.

The tough and unpredictable macroeconomic environment tipped some companies to close shop while some have ceased to exist in the foreseeable future.

Some of the manufacturing companies that have exited the industry in the last five years include: Surest Foam Limited, Mufex, Framan Industries, MZM Continental, Nipol Industries, Moak Industries, and Stone Industries.

Despite these monumental challenges, Guinness Nigeria is thriving as it recorded the largest profit and margin expansion among peers while turning each Naira invested in sales into higher profit.

Similarly, Guinness Nigeria’s net profit margin increased to 7.59 percent in June 2022 from 0.78 percent the previous year. The company is making from core operations while it minimizes fixed cost as operating profit spiked by 142.11 percent to N23.90 billion as at June 2022.

Operating profit margin moved to 11.55 percent in the period under review from 6.15 percent the previous year.

Guinness Nigeria is efficient at using labour and supplies in producing goods and services as gross profit spiked by 58.96 percent to N72.66 billion as at June 2022. Gross profit margin increased to 35.13 percent in the period under review from 28.49 percent the previous year.

It is important to note that the company has the financial strength to pay up interest due on outstanding debt even amid the rising borrowing cost as the central bank adopts a hawkish stance to tame stubbornly high inflation. Interest coverage ratio stood at 11.22 in the period under review from 2.13 as at June 2021.