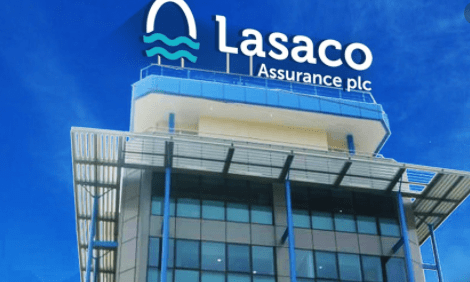 Lasaco Assurance Plc has surmounted the coronavirus pandemic headwinds that paralyzed economic activities across the country as net income surged on the back of significant foreign exchange gains.

However, the insurer capitulated to the unfavorable underwriting conditions and combined ratio has exceeded the benchmark, which raises concerns about the ability of the company to realize sizable investment income in the face of lower yields on fixed income securities.

The growth in profit was largest driven by a 362.45 surge in foreign exchange revaluation gains to N776.56 million in the period under review as against N167.92 million the previous year.

But the insurer did not make enough money from short term government securities as yields have fallen precipitously on the back of the central bank’s dovish stance. Investment income during the period was down 27.61 percent to N533.04 million in the period under review from N736.36 million the previous year.

Insurance companies park their money in government bonds when yields are high, and the income realized is used to compensate for deteriorating underwriting performance.

The central bank’s decision to bar individuals and domestic firms from its open market operations (OMO) and the cut in monetary policy rate sent the yields crashing to unprecedented levels.

It is noteworthy that the coronavirus pandemic has added new layers of concerns as profits of insurers are expected to be under pressure due to an economic downturn, although the country exited its second recession with a GDP growth.

A further analysis of Lasaco Assurance’s financial statement showed the combined ratio stood at 121.47 percent as at December 2020, while the figure is lower than that recorded in the previous year, it has however exceeded the 100 percent benchmark.

Of course, Lasaco Assurance is paying out more in claims to generate revenue as the claims ratio increased to 39.45 percent in the period under review from 36.77 percent the previous year, according To MoneyCentral Calculations.

Analysts see insurance companies incurring losses that relate to damages to properties during the protest against police brutality, ‘EndSARs.’

Lasaco Assurance innovative products launched with a view to attracting more customers have paid off as net premium income spiked by 6.27 percent to N6.27 billion as at December 2020.