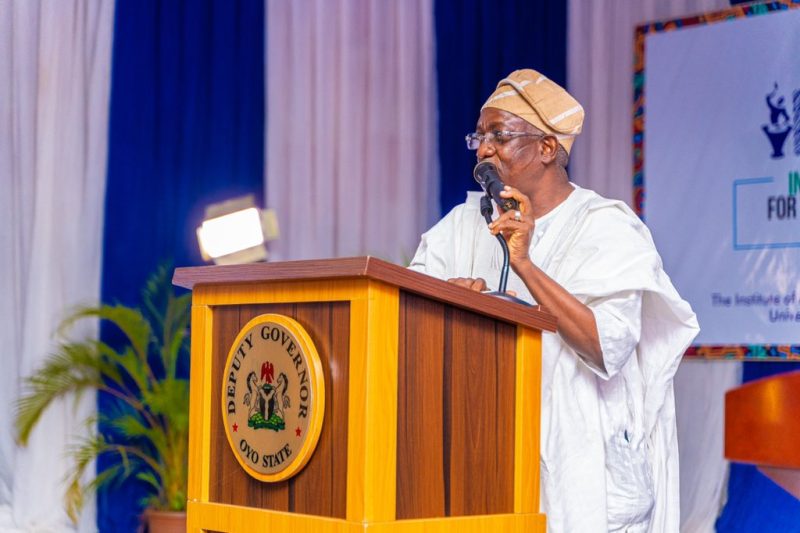 The Oyo house of assembly has received a petition against Rauf Olaniyan, deputy governor of the state.

According to NAN, 24 lawmakers signed the petition, which was read during plenary on Wednesday.

In the petition, he was accused of gross misconduct, abuse of office, financial recklessness, abandonment of office and official duties, and insubordination.

“This is in accordance with Section 188 of the Constitution of the Federal Republic of Nigeria, 1999 (as amended),” the petition reads in part.

Speaking on the development after the petition had been read by Yetunde Awe, the clerk of the assembly, Adebo Ogundoyin, speaker of the house, said the number met the two-third requirement to initiate the process for impeachment.

Ogundoyin added that the assembly would give the deputy governor seven days within which to respond to the allegations, adding that failure to do so within the period could lead to commencement of impeachment move against him.

“The window of response takes immediate effect and to lapse on Wednesday, June 22,” he said.