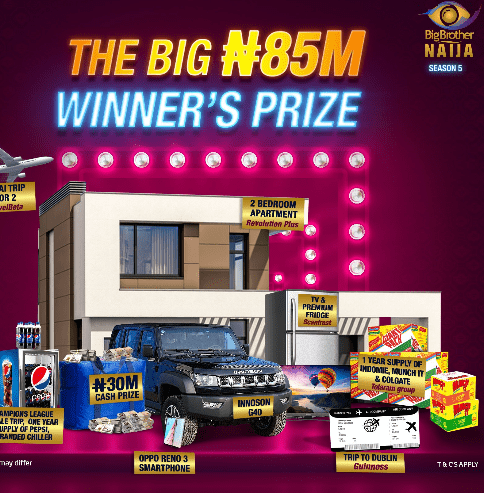 The lucky winner of the Big Brother Nigeria (BBN) season 5 which is expected to kick off in a couple of weeks will be taking home gift and cash prices equivalent to N85 million.

These include a 2-bedroom apartment, N30 million cash price, Innoson G40 SUV, a trip to Dublin Ireland, Dubai trip for 2, a smartphone and TV/ premium fridge among others.

The big brother franchise has become quite popular in Nigeria drawing in millions of viewers weekly to the reality show.

There have been 387 seasons of Big Brother in over 54 franchise countries and regions.