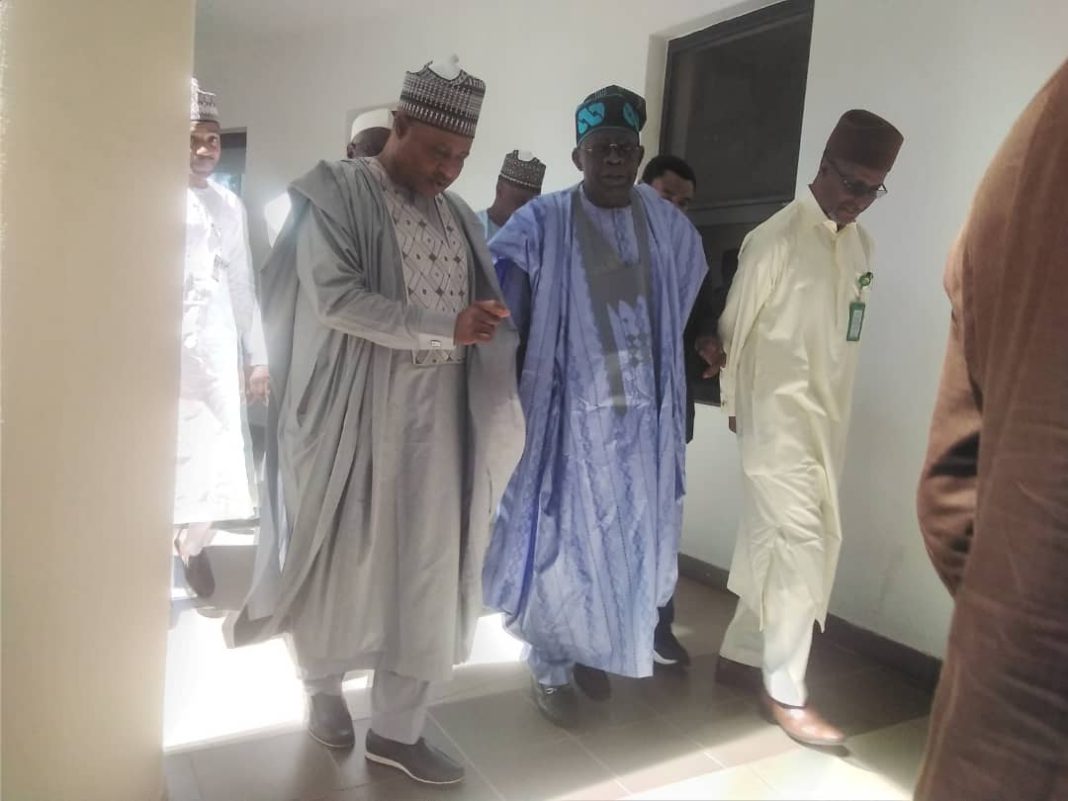 A Presidential aspirant under the umbrella of the All Progressives Congress (APC), Sen. Bola Ahmed Tinubu, has said that the country is in need of a leader who is capable of leading the country to an enviable position.

This is just as Tinubu said that he knows the road to good governance and he should be followed as he canvases for the support of the Kaduna delegates.

The APC national leader while speaking to the delegates in Kaduna state on Thursday, explained that with foresight, being visionary and committed leadership, the nation would overcome the insecurity and other challenges facing the country.

The former governor of Lagos state further said, as the race begins for the Presidential ticket he is confident of winning the race.

While canvasing for the support of the delegates, Tinubu further explained that constitutional democracy is the key to a civlised society, and therefore, democracy should be embraced for the development of the nation.

Tinubu who said he is capable of steering the affairs of country if elected also explained that he was aware of other aspirants in the race.

” I dont know where others are running to but, I’m running to the villa, ” the national leader of APC emphasised.

Meanwhile, Tinubu said he is the best of all of the aspirants, in terms of experience in the Private sector and being the governor of Lagos state for 8 years.

“I promise you I will not let you down. We have to ensure harmony and unity of purpose in the country. We are in the season of election, elect me.

“Join hands together with me, we have never failed. Our opponents spent 16 years, we didn’t see the road. I know the road and I believe you all will follow me as the man who knows the road,” he said to the delegates.