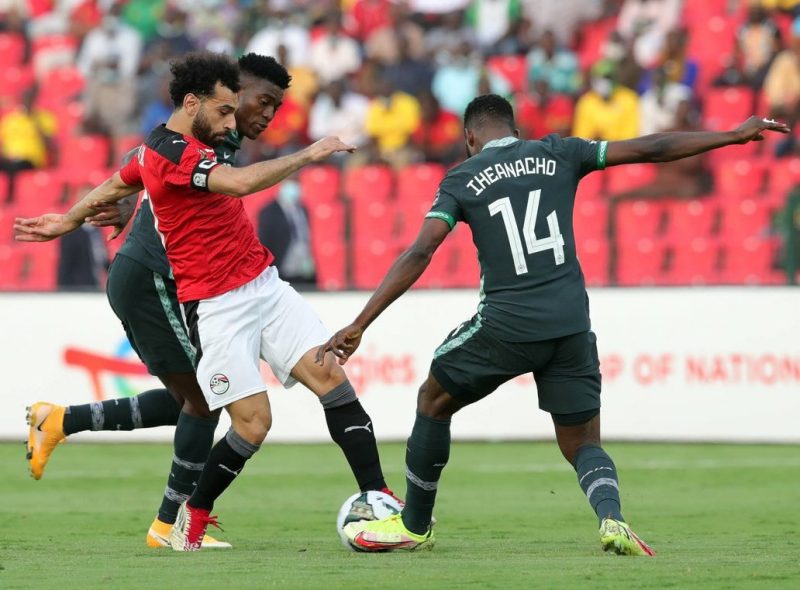 Mohamed Salah was a shadow of himself as Nigeria’s Super Eagles opened their Africa Cup of Nations campaign on a winning note beating the most successful side in the competition 1-0.

The match lived up to the hype of what was expected from both teams that have ten titles between them.

Kelechi Iheanacho’s fine strike in the 30th minute proved the decider of the keenly contested tie and earned him the Man of the Match award.

From Moses Simon to Joe Aribo and Maduka Okoye’s save from Mohammed Salah, every Super Eagles player played with intent and got a win that will now send a warning to other teams in the tournament.

After a dominant first half, Nigeria continued where they left off in the second half confining the Egyptians to their half and Taiwo Awoniyi seeing the woodwork in the process.

The Egyptians never really looked like they were going to hurt Austin Eguavoen’s side and will now hope to get their campaign running in their next match against Guinea Bissau.

Nigeria’s next game is against Sudan on Saturday.