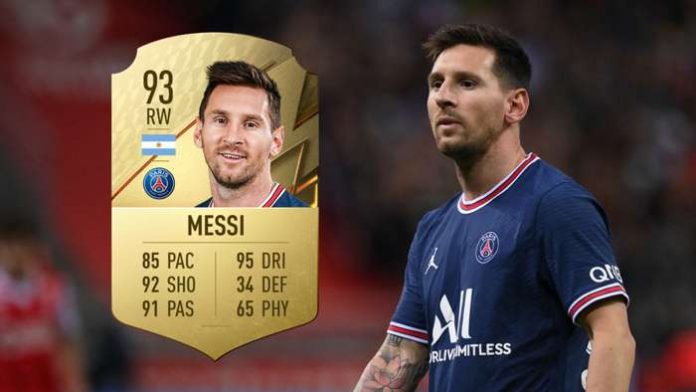 Paris Saint-Germain star Lionel Messi has been confirmed as the best player in the upcoming FIFA 22 video game.

Bayern Munich striker Robert Lewandowski is the second-highest rated footballer in the latest edition of the popular franchise, while Messi’s long-term rival, Manchester United man Cristiano Ronaldo, has to make do with being thirdoverall.

PSG have a strong showing in the list of the best players in the game, with Messi’s team-mates Kylian Mbappe and Neymar rated fifth and sixth, behind Manchester City midfielder Kevin De Bruyne.

Having brought the curtain down on his career as a one-club man this year following his move to Paris from Barcelona, Messi has still seen his final exploits at Camp Nou earn him top spot ahead of his rivals.

As part of a top three all arguably still at the peak of their powers, it is a tribute to their skill that they continue to dominate ahead of younger contemporaries such as Mbappe and Borussia Dortmund’s Erling Haaland, who does not make the top 10.

Elsewhere, there are key spots for Tottenham forward and England captain Harry Kane after he went within a whisker of Euro 2020 glory this summer, while Jan Oblak is rewarded for a title-winning season in La Liga as top goalkeeper.

Virtually all of FIFA 22’s top players will be in action later this week when they turn their attention to their respective European campaigns.

Messi, Lewandowski and Ronaldo will headline a week of Champions League action, while Kane will be the highest-ranked player competing in the newly-created Europa Conference League.

All will be hoping to set their respective sides on the path to continental glory, as the game begins a long, winding path to next spring’s showpiece finals.