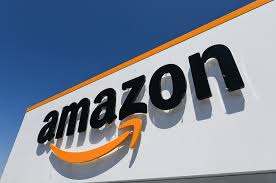 Amazon Inc.’s, e-commerce site crashed for many users around the U.S., according to Downdetector.com.
The outage began shortly before 3 p.m. New York time with more than 75,000 users around the country reporting issues, according to Downdetector, which tracks website issues.
By 3:40 p.m., many users said Amazon.com was back up.
“Some customers may have temporarily experienced issues while shopping, however it has now been resolved,” an Amazon spokeswoman said.