Nigeria Consumer Stocks are Most Attractive Among Emerging Markets, BRICS 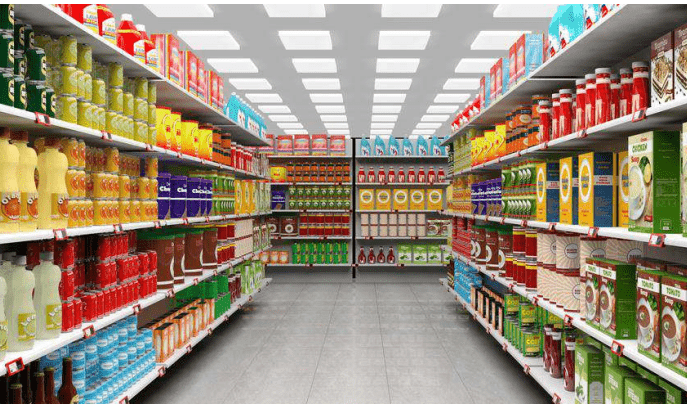 Nigerian consumer goods companies have remained resilient even amid a myriad of challenges causing pains to businesses as their valuations are more attractive than emerging market peers and BRICS.

Similarly, the report stated that Nigeria consumer goods stock has an EV/EBITDA multiple of 6.1x is at discount when benchmarked to South Africa (6.7x), Egypt (36.2x), and BRICS (11.3x).

Guinness and Cadbury who have gained 132.05 percent and 94.32 percent so far this year are among the top 10 performers of the year.

Following the highlighted prospects and their valuation outcomes, analysts at Afrinvest have identified some investment opportunities for long term investors. Their top pick is Flour Mills of Nigeria, saying the company’s organic and inorganic growth strategies are projected to result in sustainable  efficiency and earnings growth in the medium to long term.

“This underlines our BUY rating on the stock. Also, HONEYFLOUR earned a HOLD recommendation as the company combines with Flourmills,” said the analysts

“We also rated DANGSUGAR as ACCUMULATE given the current opportunities for volume expansion and upside potential,’ they added.

Consumer goods firms have been benefitting from a hike in the price of key products and the reopening of the economy that buoyed consumer spending.

Of course, they were hard-hit by the pandemic as a lock-down imposed by the government to curb the spread of the virus prevented people from going shopping.

The combined net income of the largest consumer goods firms that are listed on the NGXASI increased by 58.01 percent to N106.81 billion, according to data compiled by MoneyCentral.

However, outlook for the sector remains mixed due to the high vulnerability to both domestic and external shock.

The war in Ukraine that spurred the price of wheat and other grains which are raw material components for many consumer goods firms is expected to balloon cost of production, heaping more pressure on profit margins.

Of course, rising prices of diesel, which is unregulated, will further balloon input costs as electricity supply from the grid is increasingly unreliable.

And that is on top of foreign exchange scarcity, currency volatility, and shattering inflation that has compounded the woes of impoverished Nigerians.

In June 2022, the inflation rate increased to 18.60 per cent on a year-on-year basis, which overshoots World Bank’s projection of 15.5 per cent, according to data from the National Bureau of Statistics (NBS).

Analysts say a torrid macroeconomic environment will result in compression price earnings multiples on the back of disappointing corporate results.

Analysts at Cordros Securities in a recent report said the downside risk to valuation and company fundamentals are: sharp downturn on oil prices, pace of uptick in domestic FI yields, and weaker than expected from heavy weight companies such as Airtel Africa, MTN Nigeria, Dangote Cement, and Nestle.