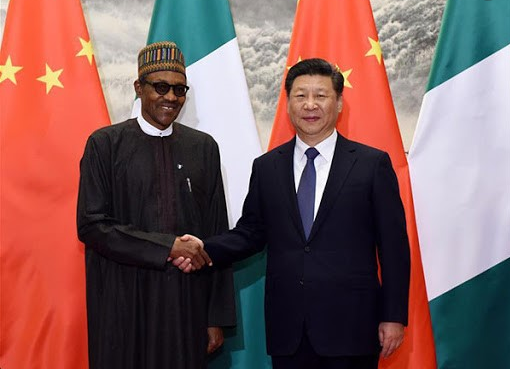 Nigeria’s voracious appetite for loans/ debt financing particularly external borrowing from China in recent times has been condemned by many in various quarters as one that is gradually spiralling out of control.

Especially with a contentious clause Article 8(1) which provides inter alia that “the borrower hereby irrevocably waives any immunity on the grounds of sovereign or otherwise for itself or its property.”

This has been interpreted to mean that Nigeria is in danger of losing its sovereignty to China.

Following this revelation, on the heels of a loan of $400 million for the country’s National Information and Communication Technology (ICT) Infrastructure Backbone Phase II Project, there has been an urgent call by experts and concerned public analysts that the seeming addiction be urgently nipped in the bud before future generations are put at a grave disadvantage of an avoidable debt burden like that of Zambia’s quagmire.

Zambia started to take out loans from Chinese banks from 2003 for airports, hospitals, housing projects, and roads.

Today Chinese loans has grown to about a third of Zambia’s external debt, which has surged sevenfold over the past decade, forcing the government this year to ask creditors to reschedule loans.

There is no gain saying that mounting external indebtedness has become a major problem for many developing countries who tend to ignore other viable options like equity finance but prefer the External debt borrowings with huge risk and less benefits especially from a country like China that keeps looking for pitfalls to take advantage of.

The EXIM Bank of China is Nigeria’s biggest bilateral creditor in almost 2 decades, having lent the country $6.5 billion (or N1.9 trillion) since 2002.

Economist Emeka Ohanyere in a recent interview with Money Central averred that, truth be told, there is nothing wrong with taking loans if rightly used with discretion as benefits to the recipient countries could be enormous.

“However, being reckless on the other hand could spell doom for a carefree country when you consider the attendant cost of mismanagement.”

He further noted that foreign capital inflows are generally considered to bring economic benefits to developing countries, however they can also bring hefty costs, especially when it is not managed or properly utilised like in the case of Nigeria where the huge infrastructure gap hardly correlates with loans sourced as it is mostly frittered away on recurrent expenditure.

Ohanyere noted that as at today, Nigeria borrows more from China than any other country, adding that Chinese credit accounts for 80 percent of all bilateral lending to Nigeria, data from Debt Management office show. “China provides loans to build railways, power plants and airports, helping to bridge a huge infrastructure gap, lending from China makes up 8.1 Percent of Nigeria’s total debt stock of $81 billion, that’s up from $62 billion in 2017, representing a year-on-year growth of 12.25 per cent.”

Ohanyere continued, the trend became very worrisome that the International Monetary fund during the IMF/World Bank Spring Meetings in April, urged Nigeria to curb its large appetite for Chinese loans, particularly as the loans were contracted under concessional terms without consideration of Paris Club debt servicing arrangements”.

My worry he said is that we are dangerously edging close to the Chinese colonisation of Zambia where almost everything in Zambia today is owned by China.

Another Analyst Olusegun Adekanbi, buttressed Ohanyere’s submission as he said what China continues to capitalise on is that they observe and assess countries that have corrupt governments and greedy leaders. Meanwhile, Nigeria has obtained 17 Chinese loans to fund different categories of capital projects, and will still be servicing the Chinese loans till around 2038, which is the maturity date for the last loans obtained in 2018.

China’s operations in Africa are clear evidence that many of the deals are done in secret.

“In many cases, the countries do not know what they signed on to,” Adekanbi said.

After a while Adekanbi said, “they start to take over international airports, State-owned Electricity firms, and major highways. The tail signs are already visible here.

Already everywhere across the country, you find them at the Quarries mining granite, Mining Gold and so on. I just hope, for what is worth and for what is left if there is any iota of patriotism and concern for the future generation we curtail this appetite and not fall into China’s Colony like Zambia.”

Zambia’s reported ‘colonization’ is due to its government’s failure to repay a US$8B debt to China for infrastructural projects undertaken by the Chinese under programmes like the”Belt and Road” initiative.

Given the appalling proportions of the debt, it was no surprise that Zambia’s plight was recently highlighted on “The Dr. Mumbi show” —a widely viewed online/TV programme in Africa.

During her show, Dr. Mumbi Seraki noted that China has been given unrestrained control over Zambian resources owing to over-borrowing and the unfiltered immigration of Chinese into the country. It was also highlighted that the Chinese have taken over African neighbourhoods, marketplaces, and major business sectors such as mining and real estate as it is gradually happening in Nigeria now.

Dr. Mumbi noted that the situation is causing conflict between the Chinese immigrants and the locals. But there is nothing that could be done by the Government of Zambia. Their hands are tied.

“If the Zambians complain about something which is done illegally, the Chinese government steps in and says don’t touch my people and the Zambian Government backs down.”

While making a case for the loans, Nigeria’s Minister for Transportation Rotimi Amaechi during an interview on Channels acknowledged Nigeria has debt over revenue problems, although he made it clear that it does not mean the country at any point in time refused to pay its loans.

Amaechi then claimed that only a criminally-minded person would have issues with the loan terms. “Only those who don’t want to repay are worried about the clauses. If we repay our loans we won’t get arbitration,” he said.

The Minister also disclosed that the Ministry of Finance has repaid up to $98 million of the loans, adding, “those are standard international commitment clauses” and that no loan can be taken by the government without the approval of the National assembly.

A year ago, the state-owned TV and radio news channel, ZNBC, and the Lusaka International Airport were taken over by the Chinese. Even the State’s electricity company, ZESCO, is poised for takeover by the Chinese government owning their loan default, Adekanbi said.

The worry about FG borrowing analysts have further argued is largely about transparency and not that borrowing is bad.

“If you take a loan based on infrastructural gap, the people should be able to see and feel the impact of the loan and see the gradual and consistent close in the infrastructural gap,” said Joe Femi Dagunro, Ex -President, Nigerian-German Business Group.

He explained: “If our country’s debt service to revenue ratio, which is about 60 per cent and our growth rate, is about two per cent, there is a good reason for concern. I want the government to focus on some key areas of infrastructural development such as electricity, health, agriculture, road construction, power and maintenance.”

The ratio is forecast to rise to 75 percent.

Dagunro called on the FG to be transparent about its borrowing and explain full details of the loans and what they have been used for.

Prof Olufemi Saibu of the economics department at the University of Lagos said Nigeria’s debt profile is high and now getting to the red line.

“The problem is that the debt cannot continue to increase; there must be a check on it. And the question is, what are they using the debt for? The quality of projects, productivity and impact of the projects are what matters.”

Analysts say it is much better for Nigeria to borrow on concessionary terms from development finance institutions in the West which are not known to arm-twist and seize assets, like the Chinese.