2023: NIMASA Boss, Jamoh Has What it Takes To Govern Kaduna state- Youth Leader 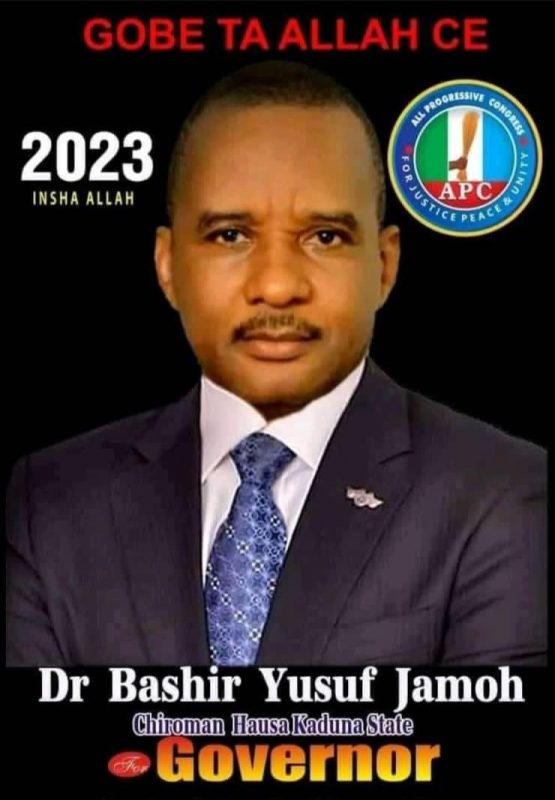 The Yoruba political youth leader in kaduna state, Hon Rasheed Adekeye has described the Director General of the Nigeria Maritime Administration and Safety Agency (NIMASA) Dr Bashir Yusuf Jamoh, as the best candidate to take over from Gov. El-rufai come 2023.

Adekeye in a statement issued on Tuesday explained that the NIMASA boss, has all it takes to govern kaduna state effectively if given the opportunity.

According to him, Jamoh, if elected would deploy his skills and rich understanding of the management of human and resources into governance.

The Youth leader stressed that with Jamoh having over 32 years of public service and professional experience in the Maritime industry coupled with an impressive career in public service, he has no doubt whatsoever that he is the man kaduna state needs to build on the good legacies of Malam Nasir el-Rufai.

He noted that the Governorship hopeful had served in kaduna state Government before transferring his services to the then National Maritime Authority (NMA) in 1994, adding that until his appointment as the DG NIMASA, he was the Executive Director (ED), finance and administration in NIMASA.

“Dr Jamoh had the privilege experience of serving not only in executive management position, but also in the operations and adminitrative departments in the Maritime organization which we know he will bring all the experience gathered to bear as the Governor of kaduna state when elected.

“Dr Basir Jamoh as part of his humanitarian gestures provided 10,000 free medical social intervention programs by supporting the aged, widows and vulnerable people in the society and over 1,000 overseas schorship given to young men and women indigene and non-indigene of the state who dreamt of furthering their education in Nigeria but no sponsor not to talk of schooling abroad.

” Mrs.Jamoh’s sustenable skills acquisition, training and empowerment program for the women’s and the youth in the state is worth emulation.

“This is part of our reason we are appealing to Dr. Jamoh to heed the clarion calls from different quarters to context the exalted seat of kaduna state,” Adekeye further explained.

He therefore called on all well meaning and good people of kaduna state particularly those of the ruling APC to consider having Dr Jamoh as theflag-bearer of the party during the primaries.