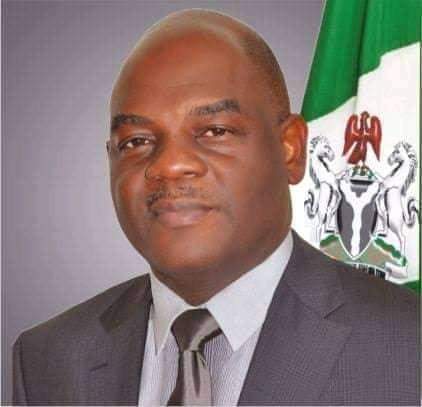 Architect Echono’s appointment was announced in a statement signed by the Director, Press and Public Relations at the Federal Ministry of Education, Mr. Benjamin Bem Goong.

The statement said the appointee is taking over from Prof. Sulaiman Elias Bogoro whose 5-year tenure will end on 18th March 2022.

Senator Moro described Architect Echono as a well refined gentleman and an accomplished technocrat; describing the appointment as well preserved and a round peg in a round hole, considering the appointee’s wealth of experience spanning infrastructure, business administration, procurement management, ICT and the education sectors.

A statement signed by Moro’s Special Assistant on New Media, Mr. Emmanuel Eche Ofun, coats the Senator as congratulating and wishing Echono well and thanking President Buhari for considering his Constituent for the job.

It will be recalled that Architect Sunny Echono retired in the Federal Civil service as a Permanent Secretary a couple of months ago and contested for the position of Ochi’doma, a first class traditional stool in Benue south but lost to Pastor John Ogbodo.